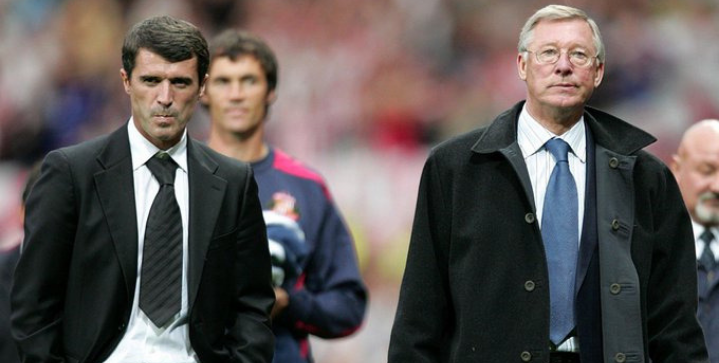 In an interview with Off The Ball, Roy Keane heavily criticized Sir Alex Ferguson’s tenure at Manchester United.

Keane played 13 seasons under the Scotsman, captaining the team to seven Premier League titles plus a Champions League trophy.

But Ferguson sold Keane after the player ripped some of the younger members of the squad on the team’s TV station. The clip will never be released.

The two haven’t spoken since Keane left the club 15 years ago. Sir Alex resurfaced the rift and took aim at Keane in his 2013 autobiography.

“I wouldn’t forgive Ferguson,” said. “The media spin, how I apparently upset everybody, it was all nonsense.

“I think when he apologizes, I will probably say hello to him, yeah. [But] I’ve no interest in speaking to the man. People talk about Ferguson’s man-management. Don’t be kidded by all that.

“I was at the club when Bryan Robson left, when Steve Bruce left, two brilliant servants for Manchester United. And I didn’t like the way they were treated.”

The 48-year-old Keane then took a dig at Ferguson’s nepotism, calling out his ex-manager’s son who won a Premier League winners’ medal with United during the 1992/93 season.

“Darren Ferguson [his son] won a medal. He was very lucky.

“His brother was the chief scout for Manchester United for a long time. I’m surprised his wife wasn’t involved in the staff somewhere.”

The feud between the two legends leaves an unfortunate stain on one of the most renown clubs in the world. Love him or hate him, Keane will always remain bitter.