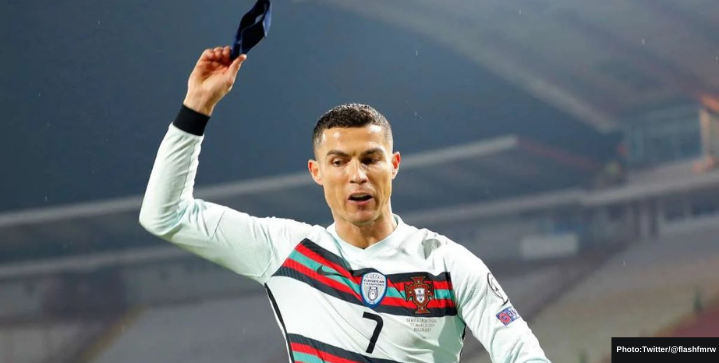 The captain’s armband that Cristiano Ronaldo threw to the ground after Portugal’s match with Serbia is being auctioned off to pay for a baby’s medical treatment.

The thrown armband incident came about due to an errant call that ruled off Ronaldo’s last-second winner.

With the game tied 2-2 in stoppage time, Ronaldo scored a one-timer that most certainly crossed the line. Without VAR or goal-line technology available in international football, Dutch referee Danny Makkelie mistakenly disallowed the goal.

The referee has since apologized to Portugal’s coach for the incident.

Something out of nothing

Ronaldo’s castaway armband has turned into a blessing in disguise.

A stadium worker in Belgrade picked up the armband and donated it to a public auction. €7,000 has been raised so far to pay for the surgery of a 6-month-old boy with spinal muscular atrophy.

Whether or not you agree with Ronaldo’s angry behavior, his post-game actions have created something out of nothing. Now that’s a feel-good story.