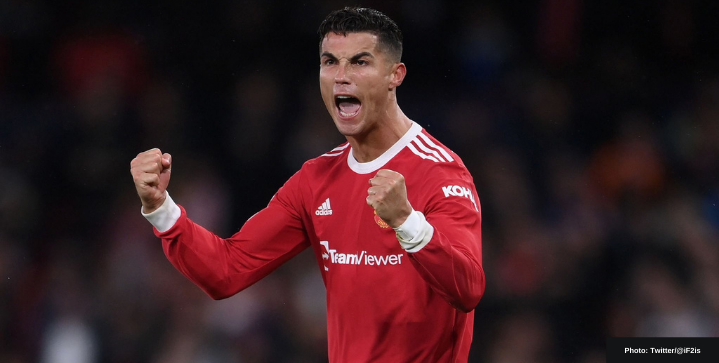 Cristiano Ronaldo saved Manchester United in the final seconds of their group stage match against Villarreal in the Champions League.

Ronaldo scored at the 95th minute to beat Villarreal 2-1 at Old Trafford. It’s the striker’s 5th goal in five games since his return as a Red Devil.

The goal marked Ronaldo’s 12th career Champions League goal in the 90th minute or later, double than any other player in the tournament’s history. This, on a day where the Portuguese legend also broke Iker Casillas’s record for most Champions League appearances with 178.

The 36-year-old continues to do what he does best: score goals. The game-winner also comes on the heels of Messi’s first goal for PSG yesterday.

Mr. Champions League is back with more drama. With Ronaldo, the game is never over. Under-fire United boss Solskjaer can now breathe a sigh of relief.