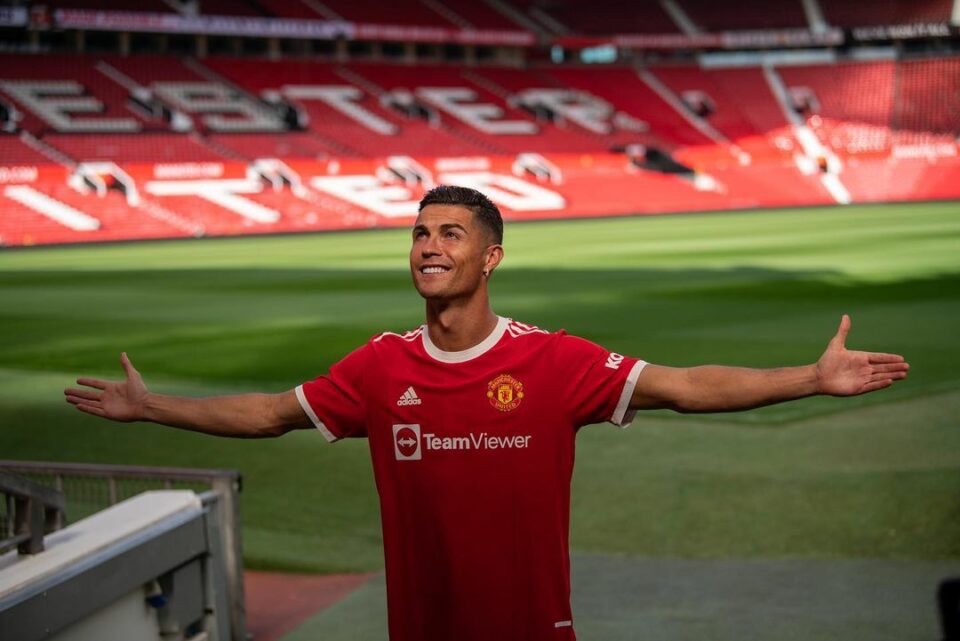 Cristiano Ronaldo is back training with Manchester United again, 18 years after his first session. Portugal released the player early from international duty early so he could begin practicing as soon as possible with Man United.

It was only two weeks ago that Ronaldo appeared to be playing another season with Juventus. But thanks to some competitive bidding from crosstown rival Man City plus convincing from Sir Alex Ferguson, United got their star man.

Ronaldo re-signed with the Red Devils last week on a 2-year contract with the option for a third year. United paid an initial fee of €15m to Juventus which could later increase €8m.

Ronaldo already broke Manchester United’s daily shirt sales record after it was announced that he’d be reunited with his iconic No. 7 shirt.

The 36-year-old is set to make his second Manchester United debut against Newcastle on September 11, assuming United can clear the player’s work permit and visa and Ronaldo passes Covid-19 protocols following international duty with Portugal.

“You won’t see those 20 stepovers, but he has developed into one of the most accurate finishers I have seen….when he shoots from outside the box he hits the target 99 out of 100,” said boss Ole Gunnar Solskjaer on Ronaldo’s latest playing style.

Tickets for Ronaldo’s debut are going as high as £2,514 for seats in the lower tier. Strangely enough, the game won’t be televised in the UK due to the late kickoff because English football retains blackout rules for broadcasts after 3 PM.

However, US residents can watch the match on USA Network and Universo and FUBO TV at 10 AM EST.

The star forward is coming off international duty where he broke the international goalscoring record for goals during last night’s World Cup qualifier against Ireland (111). “It’s another record for the museum,” said Ronaldo after the match.

He previously broke the record for most Champions League goals (134) and most European Championship goals (14).

Ronaldo will try to become United’s first Premier League Golden Boot winner since Robin van Persie in 2013. He also needs 16 more EPL stikes to become the only footballer to have scored over 100 goals in three different top-tier European leagues.

Said Ronaldo’s former United teammate Wayne Rooney: “I think United are finally ready to go and challenge for the title, and I really feel they have to this year. [Ronaldo’s] going to be a big player, I think he’ll have very big moments in the season and I’m sure he’ll score a lot of goals.”