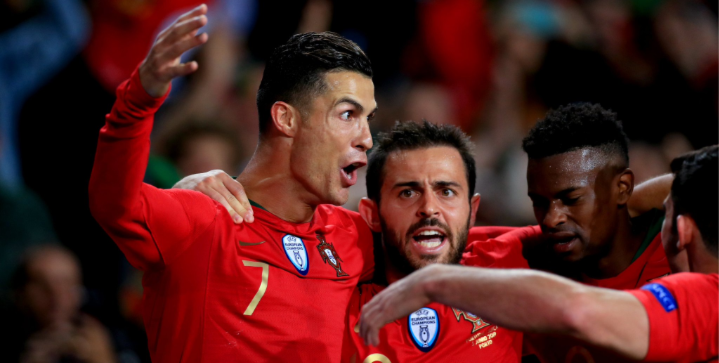 Ronaldo scored his 53rd career hat trick in his Nations League debut tonight in a 3-1 routing of Switzerland.

Ronaldo opened the scoring with a sublime free-kick from 25 yards out in the 25th minute. His previous free-kick came at last year’s World Cup against Spain, a game in which he also netted a hat trick.

But his second and third goals secured the game for Portugal. After slotting home a deft pass from Bernardo Silva in the 88th minute, he followed up in the 90th minute with a well-placed thunderbolt in the bottom right corner.

With CR7’s stunning performance, Portugal is the first team to qualify for the National League final. England and Holland play in Guimaraes on Thursday to decide Portugal’s opponent in the Nations League final on June 9th.