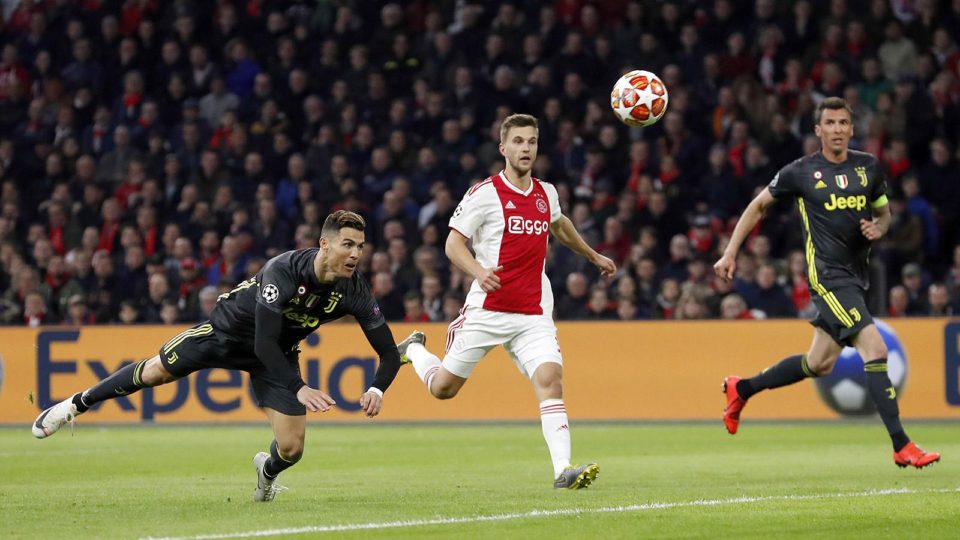 The diving header at Johan Cruyff Arena was the superstar’s 64th knockout stage goal, more than the next two players combined — Messi (42) and Thomas Muller (21). It also more than doubled the tally Ajax has as a club (31).

The finish also gave Ronaldo his 41st UCL goal in the quarterfinals, semifinals, and finals, 25 more than the runner-up, Lionel Messi.

To top it off, the strike was Ronaldo’s 11th headed goal in all knockout stages, just one less than the entire Bayern Munich team over the last five seasons.

Said coach Massimiliano Allegri after the match: “Ronaldo showed that he is on a different level. His timing and movement is different to everyone else’s, there’s nothing you can do about it. He is a player who just has a different technique than the others.”

What else is there to say about Mr Champions League — he just keeps on scoring, especially in pivotal moments.