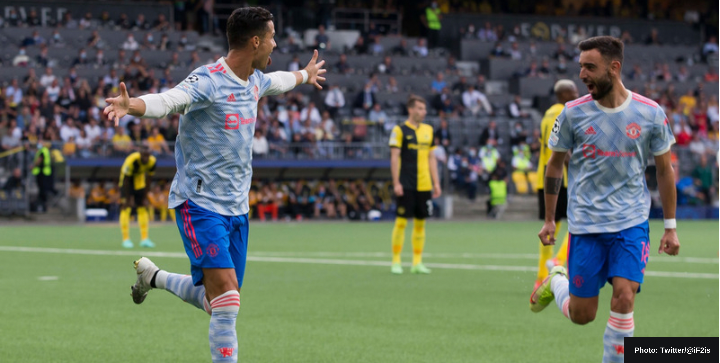 Cristiano Ronaldo nearly signed for Atletico Madrid before Los Rojiblancos pulled out of the deal.

According to Spanish publication Sport, Ronaldo’s agent Jorge Mendes offered the 36-year-old to Diego Simeone side in August.

But the Argentine boss rejected the move due to financial difficulties and the potential fan backlash for signing one of Real Madrid’s all-time greats.

Once the August 15th deadline passed on moving forward with a deal, Simeone opted instead to focus on the sensational return of Antoine Grizemann.

Ronaldo’s team shifted focus on a transfer to Manchester City after Atletico’s interest collapsed. Guardiola convinced Ronaldo that he’d score forty goals in the Sky Blue. But it was Cristiano’s former club Manchester United, that sealed the return of their star man.

United then signed Ronaldo on deadline day due to the beneficial hand of Sir Alex Ferguson. Ronaldo is level with fellow international teammate Bruno Fernandes with four goals in just three games with the Red Devils.