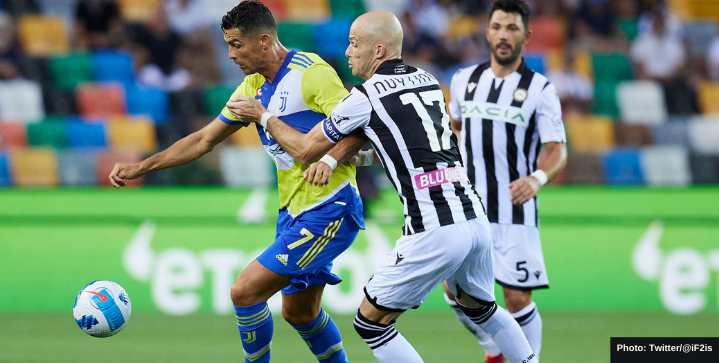 Looks like Ronaldo is trying to steal this summer’s transfer headlines from Messi.

Ronaldo has agreed to personal terms in a sensational move to Manchester City, according to Portuguese journalist Gonacalo Lopes. In fact, the Portuguese superstar has already spoken to Pep Guardiola about his role at the Etihad.

City are willing to offer Ronaldo a two-year contract worth £12.8 million a season, half of the salary he currently earns at Juventus.

This comes a day after Manchester City balked at paying the €25m transfer fee due to Ronaldo wages.

The two clubs are now renegotiating over the fee which seems to be the only barrier to the deal getting finalized.

Juve also want a player — Gabriel Jesus and Raheem Sterling — as part of the exchange. City are more willing to part ways with Sterling opening up the possibility of Ronaldo in the #7 Sky Blue shirt.

What a summer — no longer a sense of normality in football.