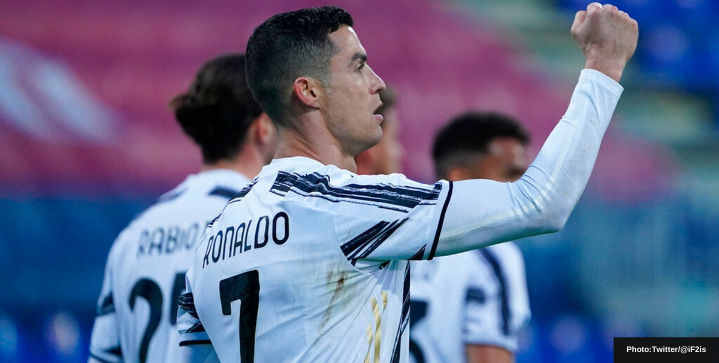 Cristiano Ronaldo expects to leave Juventus this summer for either PSG or Manchester United, according to Tuttosport.

There are five Serie A matches remaining in the season. Meanwhile, PSG and Manchester United, both atop their domestic leagues, are likely to qualify for the European tournament next season.

Where to next for Ronaldo?

Ronaldo is clearly prepared to get out of Turin where his contract expires at the end of the 2022 season. The superstar forward has come under scrutiny lately for his reluctant efforts in the free-kick walls, most notably the one that sent the side out of the Champions League.

He also ducked out of the wall against Parma in a Serie match last week.

Despite Ronaldo’s blunders on the pitch and Juve’s position in the table, he’s scored a remarkable 97 goals for the club. 85 of those goals came when the score was 0-0, 1-0, 2-0, or the team was losing. His contributions have kept Juventus at the top of the table.

But the club’s nine consecutive domestic league titles will come to an end as Inter Milan take back the throne.

Juventus are equally satisfied to make a deal. Just last year, the club reportedly offered Ronaldo back to Real Madrid for €60 million, nearly half of what they paid for the superstar attacker in 2018. Ronaldo is still linked with a sensational return to the Santiago Bernabéu this summer.

The financial troubles caused by the COVID-19 pandemic combined with an absence in Champions League football will force the club to save funds.