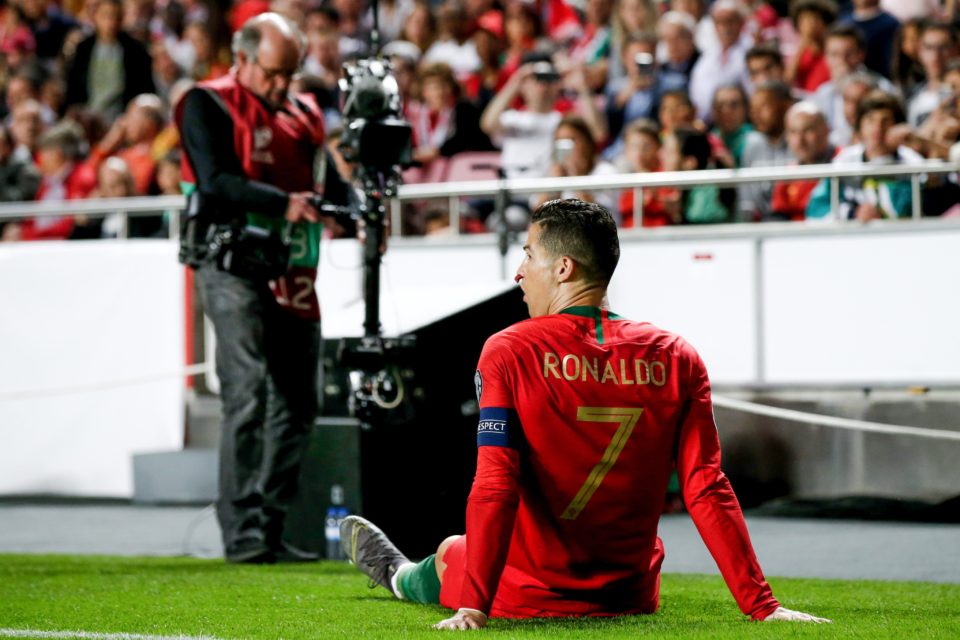 Juventus manager Massimiliano Allegri confirmed in today’s press conference that Ronaldo is unlikely to be fit for the team’s clash with Ajax on April 10.

The star man injured his upper thigh muscle in a Euro 2020 qualification match against Serbia in late March. After the game, Ronaldo declared a positive return: “I’m not worried, I know my body. I should be back in one or two weeks.”

???? Allegri: "@Cristiano is working to get back, we hope to have him ready for Ajax, but it will be difficult. @douglascosta is in good condition and should be available for that game. @SamiKhedira trained yesterday and could be back for Milan."#CagliariJuve #ForzaJuve pic.twitter.com/5tqCLAUCZN

The Bianconeri are already facing challenges without Ronaldo, having lost to Genoa and surviving a scare against Empoli last weekend.

Even if Ronaldo is declared 100% for the second UCL leg in Turin, it may be too little too late. The Portuguese man is known for miracles, however, having spearheaded the Round of 16 comeback against Atletico Madrid with a hat trick.

Is there any hope for Ronaldo’s return?

Given Ronaldo’s unprecedented commitment and recovery methods like taking ice baths, there is a chance he could appear in the quarter-final’s first leg in Amsterdam.

Working hard on my recovery💪🏽

“Cristiano is working to get back, we hope to have him ready for Ajax, but it will be difficult,” admitted the Juventus boss.

Facing a young but confident Ajax side, Juventus will need to field all of the talent and experience available.