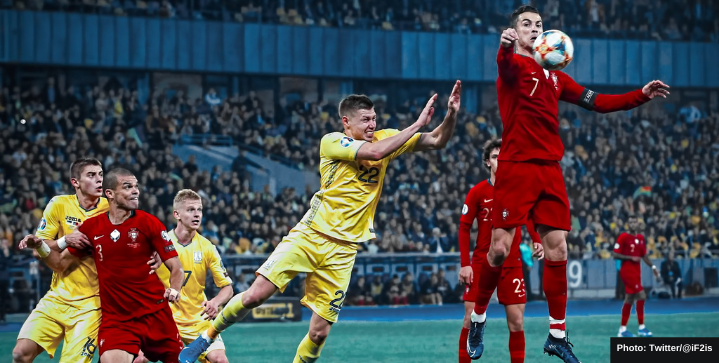 He only needs one goal.

Cristiano Ronaldo is set to break the men’s international goalscoring record tonight when his side faces Ireland in World Cup qualifiers.

He is currently tied with Iran’s Ali Daei with 109 international strikes.

The Portuguese star scored his 108th and 109th international goals in his team’s EURO 2020 match against France in Group F last June.

Should Ronaldo fail to score tonight, he’ll have two other chances this week: on Saturday in a friendly against Qatar and on Tuesday against Azerbaijan in another World Cup qualifier.

However, even if (re: when) Ronaldo breaks the men’s international goal record, he’ll still trail 77 goals behind all-time international leading goalscorer for men and women, Canadian forward Christine Sinclair.

Meanwhile, Manchester United are preparing to unveil the return of Ronaldo on September 11 in a Premier League match against Newcastle. The 36-year-old just needs 16 more EPL stikes to become the only footballer to have scored over 100 goals in three different top-tier European leagues.