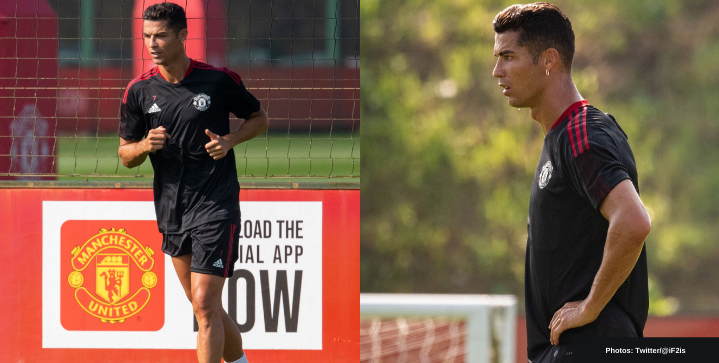 Cristiano Ronaldo broke the Premier League record for the most shirts sold 12 hours after a player’s official shirt number was announced.

The Manchester United store sold between 300,000 to 400,000 kits within 12 hours. That amounts to about £32.5m generated on Ronaldo kits, also breaking Man United’s daily shirt sale record in less than four hours.

Fanatics, United’s official retail partner, has yet to confirm if the total number of Ronaldo kits sold in 24 hours broke Messi’s record. Messi sold a whopping 832,000 kits in the first 24 hours of his transfer announcement to PSG.

Fans queued up outside Old Trafford as soon as Ronaldo’s No. 7 was confirmed. The store even offered owners of the previous No. 7 shirt worn by Edinson Cavani to get a reprint of Ronaldo’s name on the back.

Ronaldo set to make debut against Newcastle on Saturday

United released photos of their Portuguese legend meeting with his new boss and former teammate Ole Gunnar Solskjær. He then took the training ground with his teammates.

A Man United player has not won the Premier League Golden Boot since Robin van Persie in 2013. Ronaldo will be looking to break the spell, starting when he makes his second United debut against Newcastle this Saturday.