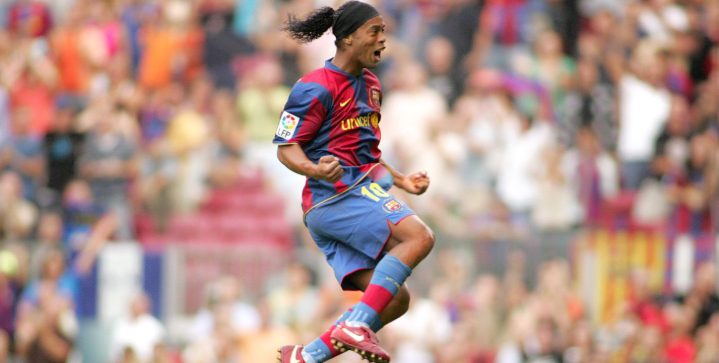 This should give Manchester United and Tottenham fans some hope in the Champions League.

The legendary trickster Ronaldinho believes that the Catalan side has left a slight door open for the Red Devils to come back at Nou Camp.

“The truth is that Barcelona should have finished the game in Manchester – but at just 1-0 Manchester United will still believe that they are in this tie,” said the Brazilian.

“With the way that Barcelona have been playing and the amount of goals they have been scoring, I do expect them to progress.

“I see them even winning comfortably in Barcelona. It will all be on the first goal. If Barcelona score it then it will be a long evening for Manchester United.

“But if they (Man Utd) can score the first goal then it’s going to make the stadium nervous – and you never know what can happen then.”

Ronaldinho also rates the Spurs highly, stating that he thinks Tottenham can be Champions League winners.

“Why can’t Spurs win the Champions League? Because they don’t have the history in the competition – or because they have never won it before?

“Every team who has won the Champions League had to win it for the first time once. Their result against Manchester City, who are one of the best teams and have some of the best players in the competition, showed that they can compete with the best.

“At this stage they will believe they can go all the way – and if they play as they can then maybe they will.”

Is Ronaldinho in over his head in his predictions? Possibly. Either way, the one-time World Cup, Champions League, and Ballon d’Or winner is always worthy of a listen.

Is Mo Salah’s wonder strike the goal of the season?