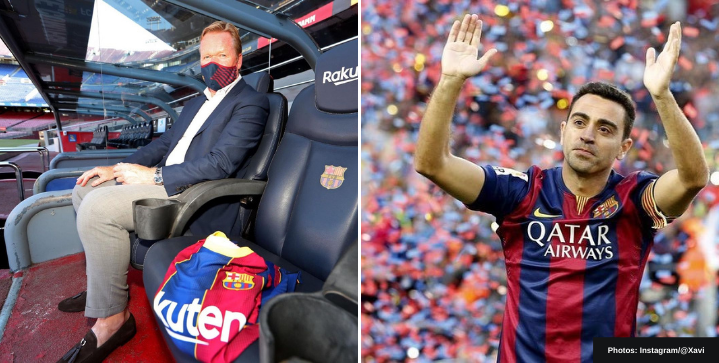 Ronald Koeman came out on the offensive today in an unscheduled press conference to read a brief statement on his job security at the club.

“The only way I will quit at this club is when my messages don’t arrive at the players anymore,” said Koeman.

“That’s when I will say: “Okay, I am done here.” But this is not the case. Every day that I am on the pitch with my players is a nice day.”

The Dutchman refused to take questions afterward and abruptly left after reading his statement. There was no indication that Barcelona’s president, Joan Laporta, was aware of Koeman’s intentions.

Is Koeman a reliable coach?

Pressure is mounting on Koeman to fix things at Barcelona after a drubbing at Bayern Munich in the Champions League and a 1-1 draw against 18th place Granada.

On top of this, the club is facing financial difficulties and there’s a well-known rift mounting between Laporta and Koeman. Laporta is demanding that the coach play more of the emerging stars.

Koeman touched upon this request during today’s briefing. “The young talent today could end up being the next big world stars in just a few years,” he said. “In order to reconstruct this team, young players must get opportunities like Xavi and Andres Iniesta had in their day. But we must ask for patience.

“What’s more, being in another ranking in La Liga is a great success. This is a great footballing school for these talents. In the Champions League we can’t hope for miracles. The defeat to Bayern Munich last week has to be viewed from that perspective.

“The process that we’re in right now, the staff and team deserves unconditional support in word and in actions. I know the press recognize this process. It’s not the first time in Barcelona’s history that this has happened.

“We count on your support at this difficult time. Us, as a staff and the players, are very happy with the great support from the fans like we had in the match against Granada.”

Who will replace Koeman?

According to RAC1’s Gerard Romero, Laporta already has six coaches lined up to replace Koeman. Those include Barcelona legend Xavi, who’s previously rejected the opportunity to coach his old club. Xavi is currently the manager of Qatar side Al Sadd.

Who do you think will become Barca’s next coach? Let us know on Facebook.