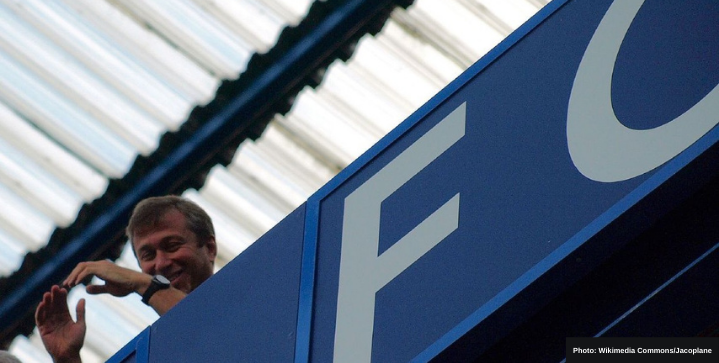 Chelsea owner Roman Abramovich will officially be accepting bids this week to sell the London club due to mounting pressure over the Ukraine invasion.

The Russian billionaire linked to Vladimir Putin’s inner circle is on the brink of facing sanctions from the UK. He’s also been effectively barred from living in Britain, where he has a £150m home.

Labour MP Chris Bryant has encouraged Abramovich to condemn Putin’s actions or face the threat of sanctions. Forbes reports that Abramovich has $2 billion in sanction insurance due to a multibillion-dollar loan to Chelsea.

The billionaire owner flew to Belarus yesterday to serve as a broker in peace talks while Russia continued targeting Ukraine.

Clubs and organizations disconnect from Russia

Just yesterday, UEFA and FIFA partnered to ban Russia from the 2022 men’s Qatar World Cup and women’s Euro 2022 this summer. UEFA also severed its €50m per season deal with Gazprom.

The bids are in for Abramovich’s Chelsea. Will he sell?

It appears that Abramovich’s initial effort to hand the club down to the trustees of Chelsea’s charitable foundation is causing a rethink. The Russian is now willing to sell the club.

There are at least three private firms Abramovich is considering as new onwers of the heralded club. Chelsea FC is valued at $2.1 billion according to KPMG.

Abramovich, who has a net worth of $13 billion, is of the most successful owners in Premier League history. Since acquiring the Blues in 2003 for $190 million, he’s won 18 major trophies, including two Champions League titles, five Premier League, five FA Cup, and two Europa League trophies.

“The role from Mr Abramovich is not on me to comment because I simply don’t know enough about it,” said a defiant Thomas Tuchel in response to questions over Abramovich.

“I am very privileged. I sit here in peace. I do the best I can, but you have to stop asking me these questions, I have no answer for you.”