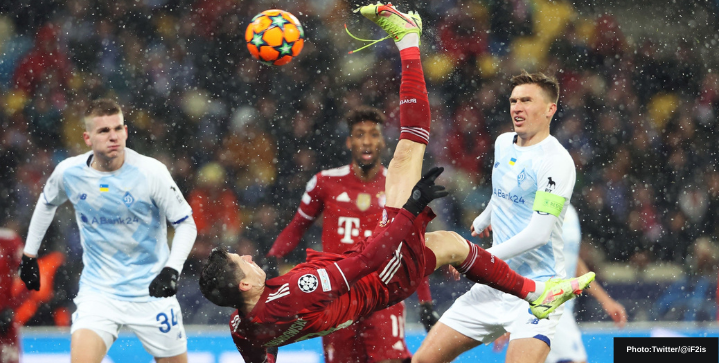 Robert Lewandowski has asked his agent Pini Zahavi to prioritize all offers to Real Madrid this summer, according to AS.

Lewandowski, who placed second in this year’s Ballon D’Or, is itching to take his goalscoring talents elsewhere.

This isn’t the first time the Polish striker has been linked with the La Liga giants. Los Blancos were ready to pounce on Lewy’s signature during the 2012-13 seasons after he scored four goals against Real Madrid in the Champions League. Madrid president Florentino Pérez even had the agreement drafted up.

Lewandowski nearly joined the club a year later but had doubts about starting. “Lewandowski’s dream was to join Real Madrid, but when he left Dortmund, Madrid only offered him to sit on the bench while Benzema starts, so he joined Bayern where he could be the starting striker,” said Cezary Kucharski, Lewandowski’s former agent.

The 33-year-old is still in fine form, scoring 25 goals in 23 games for Bayern Munich this season. He won the European Golden Boot last season by scoring 41 goals in Bundesliga alone.

“I still have an open mind and I feel good at Bayern, Munich is a wonderful city and it’s a massive club. I have, however always had curiosity to pick up a new language and experience a new culture but I don’t know if that is something that will happen during my playing career or later in life,” Lewandowski told Canal + back in July when he was linked with a move to Chelsea.

As there’s only room for only one more striker to line up next to Karim Benzema, the deal depends on Real Madrid’s priority signings Erling Haaland or Kylian Mbappe coming to fruition.

Madrid fans, would you like to see Robert Lewandowski at Santiago Bernabéu next season?