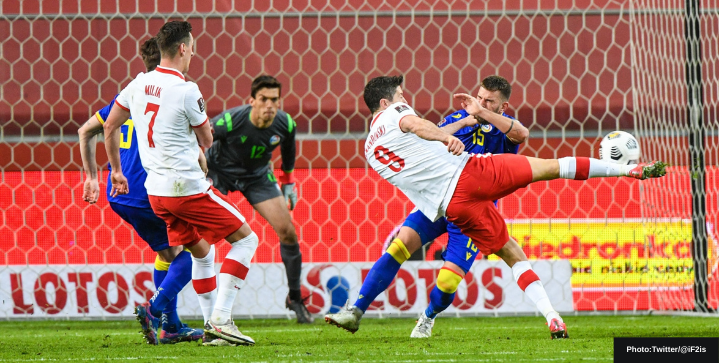 He won’t travel to England for Poland’s World Cup qualifier on Wednesday. Instead, he’ll return to Bayern Munich to undergo further rehabilitation.

The striker is also likely to miss some key fixtures for the club next month. These include a vital top-of-the-table clash against 2nd-placed RB Leipzig on Saturday and both legs of the Champions League quarterfinal against PSG.

Robert Lewandowski is playing beyond well into his 30s, scoring in each of his last 10 games for club and country. 16 goals in total.

The 32-year-old is the only player in Europe’s top five leagues to score 40+ goals across all competitions this season. The Pole was only six goals away from breaking Gerd Muller’s 40 goal Bundesliga record before his injury blow.

Lewandowski will be devastated about his 4-week absence. He also could potentially miss the Champions League semi-finals should Bayern advance.

The prolific striker, who’s scored in all but one of Bayern’s Bundesliga and Champions League clashes, is irreplaceable. The Bavarian giants now have to prove they can survive the entire month of April without their star man.