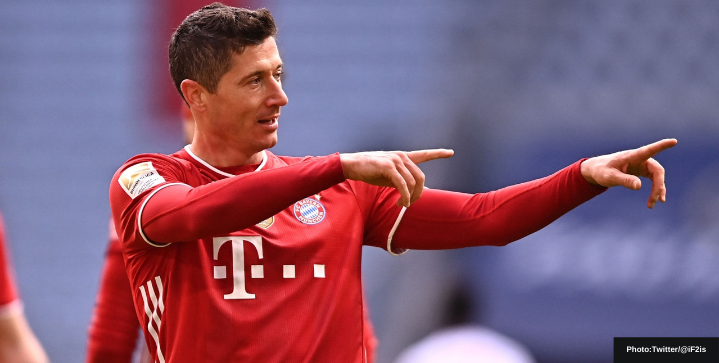 Robert Lewandowski is reportedly open to leaving Bayern Munich this summer, according to AS. And now Real Madrid are targeting him as an alternative to Erling Haaland.

The Polish striker has enjoyed a stellar career with Bayern Munich, scoring over 200 goals since his arrival in 2014. He won the European Golden Boot this year by scoring 41 goals in Bundesliga alone.

But the prolific scorer is he’s reportedly looking for a new challenge, and he’s said to fancy a new city and culture as part of his next career move.

“I still have an open mind and I feel good at Bayern, Munich is a wonderful city and it’s a massive club. I have, however always had curiosity to pick up a new language and experience a new culture but I don’t know if that is something that will happen during my playing career or later in life,” Lewandowski told Canal +.

Lewandowski nearly signed for Real Madrid back in 2014 before Real president Florentino Pérez had second thoughts and backed out of the deal.

The 32-year-old deal expires in 2023 with the Bavarian giants saying repeatedly that they refuse to sell their star man.

Do you think moving to Madrid is a wise move for Lewandowski? Let us know on Facebook.