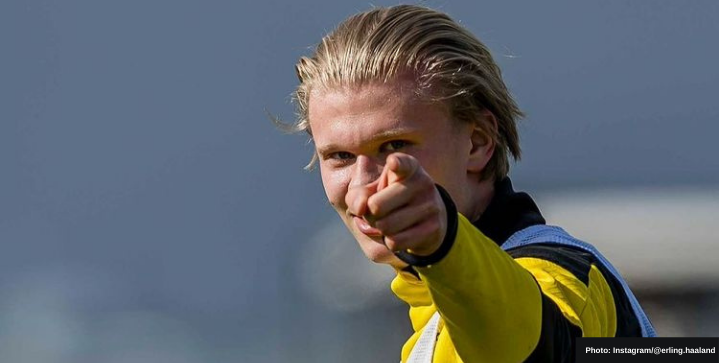 Former Red Devils defender Rio Ferdinand urges Manchester United to “give everything to get” Norwegian sensation Erling Haaland this summer.

“Why not in the red shirt at Old Trafford?,” asked Ferdinand on his YouTube radio show.

“Be the guy that brings trophies back to Man United and brings the successful period back.”

“I don’t like to talk about players coming from other teams, but this guy, man, we can’t afford to let this guy go anywhere else.”

United took interest in Haaland during last year’s transfer window, only to fall short to BVB.

In fact, the Red Devils were tipped to sign the 20-year-old given Haaland’s ties to Man United boss Ole Gunnar Solskjaer. Solksjaer recruited Haaland for Molde for a mere £180,000 back in 2017.

Can United woo Haaland to the Premier League?

Haaland’s contract at BVB expires in 2024. Snatching the player during this summer’s transfer window will come at a hefty price, not to mention that Haaland is demanding £350,000 a week whichever club he lands up next.

The much-maligned Mino Raiola is Haaland’s agent — United will be leaning on the previous relationship with Solskjaer to avoid any issues.

Haaland is on a tear at Dortmund, scoring 29 goals and 5 assists in just 26 appearances in the Bundesliga and Champions League alone.

His brace against Sevilla in the second leg of Round of 16 saw him become the fastest and youngest player to reach 20 Champions League goals.

Haaland leads BVB to the quarter-finals along with FC Porto, Liverpool, and PSG.

Can Manchester United land their star man? They’ll have to catch him first.