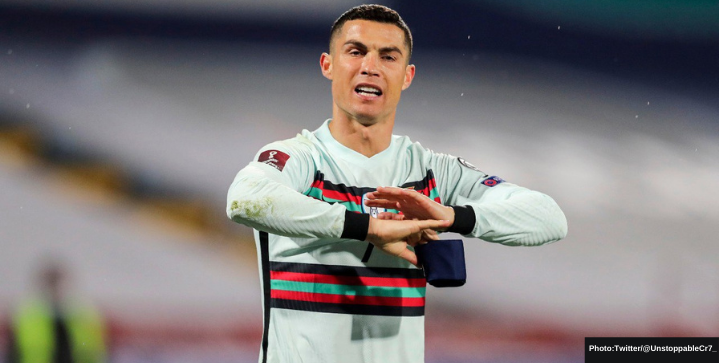 As you can see, the striker’s shot crossed the line before Serbia defender, Stefan Mitrovic, tried to clear the effort.

“The failure to score a goal for Cristiano Ronaldo was a moment of great frustration. It was clear,” said Santos.

“The referee made a gracious nod of apology, but it was a huge mistake. But it ended up, we are here to win the rest of the matches.”

What the ref said

38-year-old Makkelie expressed regret in making the error. There’s no use of VAR or goal-line technology in international matches.

“As per FIFA’s policies, all I can say is that I apologized to the national coach, Mr. Fernando Santos, and to the Portuguese team for what happened.

“As a referee team, we always work hard o make good decisions. When we are in the news in this manner, it doesn’t make us happy at all,” Makkelie told A Bola.

Ronaldo storms off the pitch

Ronaldo stormed off the pitch after being denied the last-second winner. So furious he even dropped his Captain’s armband. Ronaldo has gone on to explain the uncharacteristic outburst on social media.

“Being captain of the Portugal team is one of the greatest privileges of my life and fills me with pride,” he said.

“I always give and will give everything for my country, that will never change.

“But there are difficult times to deal with, especially when we feel that an entire nation is being harmed.”

Portugal take on Luxembourg away on Tuesday night, sitting second in Group A behind Serbia on goal difference.