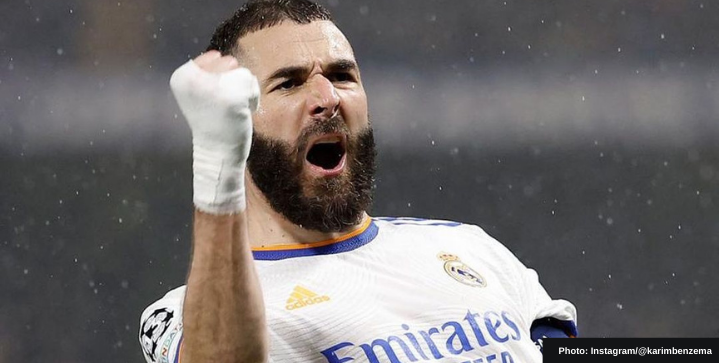 From Alfredo Di Stefano to Cristiano Ronaldo to Karim Benzema, Real Madrid have hosted some of the world’s most prolific goal scorers. Below we break down Real Madrid’s top scorers of all time.

José Martnez Sánchez, better known as Pirri, joined Real Madrid in 1974 as a central midfielder before transforming into a sweeper at the Santiago Bernabéu.

He scored 150 strikes for Los Blancos and made 561 appearances, making him the tenth most-capped Madrid player of all time. He won 10 La Liga titles, 4 Copa del Rey, and 1 European Cup over his 16-year career with the Whites.

The Spanish winger Paco Gento played a critical role in building Real Madrid into the footballing powerhouse it is today. Gento scored 150 goals over his 18-year career as a Madrid player.

Paco is the second most decorated player in Real Madrid history, with 23 trophies after Marcelo (24) surpassed him in 2022. Paco remains the only player ever to win 6 European Cups to this day.

Real Madrid striker Emilio Butragueño aka “The Vulture,” notched 166 goals in 497 appearances for Real Madrid. The dribbling sensation finished third in the Ballon d’Or in 1986 and 1987.

Butragueno played a vital role in helping the side win five consecutive La Liga’s between 1985-1990. He also served as the club’s director and head of public relations.

One of the best strikers in Real Madrid history, Hugo Sanchez is only a handful of Madrid players with 40 or more strikes in a single season, earning 42 in 1989-1990.

In a seven-year career at the Bernabeu from 1985 to 1992, the Mexican striker won five consecutive league titles, a Spanish Cup, and the UEFA Cup.

Before leaving for Real Madrid in 1958, Ferenc Puskas had already bagged 352 goals in 341 games in the Hungarian domestic league. The man, whose name serves for the annual “Puskas Award” awarded for the most beautiful goal of the calendar year, was born to score — 747 goals in his entire career.

The Spanish striker Carlos Alonso González aka “Santillana,” played 17 seasons for Los Blancos, where he developed a reputation for his aerial expertise despite being only 5ft 9. He scored 290 goals in 645 team appearances.

One of football’s greatest ever number 10s, Alfredo di Stéfano was a star forward for Real Madrid for eleven seasons. The Argentine scored a remarkable 216 games in 282 games with Los Blancos.

He kickstarted the elite club that Real Madrid is today. His honors include eight First Division titles, five European Cups, and a Copa Del Rey. Said Diego Maradona on the Real Madrid legend:

Considered one of the greatest Spanish players of all time for his ball control and knack for goals, Raul broke into the Real Madrid first team as a 17-year-old. The rest is history.

He spent 16 years with Los Blancos, scoring 323 goals, ranking him fifth on the all-time scoring La Liga list behind Ronaldo and Messi.

He’s won more trophies than Cristiano Ronaldo, made more assists than Zidane, and scored more goals than Ferenc Puskas at Real Madrid. Karim Benzema is the spear of Real Madrid’s attack and enjoyed a deadly 2021/22 season, averaging a goal per game.

During the 22/23 UEFA Super Cup, the Frenchman moved ahead of Raúl to become Real Madrid’s second highest goal scorer. Elite.

Cristiano Ronaldo scored 450 of his 700-plus career goals in the Real Madrid kit. One hundred five of those strikes, including one of his best goals ever, occurred in the Champions League.

A four-time Champions League winner, a two-time Spanish league champ, the four-time Ballon d’Or winner as a member of Los Blancos, Ronaldo is one of the greatest ever to play the game.

“They say Cristiano Ronaldo scores only against small teams?” once quipped Sergio Ramos. “That’s true because there’s no bigger team than Real Madrid and he is the biggest player in the history of the club.”