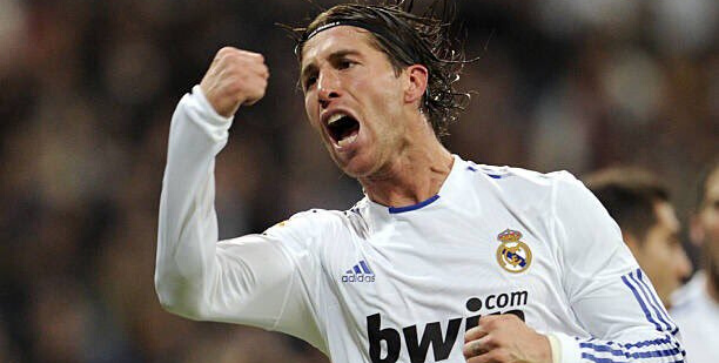 Full-backs come in all shapes and sizes — there are those who can score goals, run the flank, and others who focus on the dirty work and pass it swiftly out of the back. Not surprisingly, some of the best defenders in the world have played the trophy-laden Real Madrid.

Let us take a look at the top 10 best defenders of all-time to play for the Whites.

Often considered one of the best defenders in the world with partner in crime Sergio Ramos, the Portuguese defender Pepe helped Real Madrid to three consecutive Champions League titles, three league titles, and two Copa del Rey. He’s also participated in three World Cups, winning Man of the Match for helping his side win its first major international trophy with a European Championship in 2016.

The Spanish left-back Jose Antonio Alfaro played 15 years as the cornerstone for the Los Blancos defense. He participated in more than 500 matches for the side, helping the team to nine La Liga titles. He later coached Real Madrid for two brief stints.

The one-club right back Chendo spent 17 years at Real Madrid where he won the lot, including seven league titles, two Copa del Rey trophies, a Champions League, and two UEFA Cups. He was known to bully Argentina legend Maradona when the latter played for Barcelona.

The 28-year old French defender earned 16 trophies — four of them Champions League silverware — during his ten-year spell with the club. The ever-dependable World Cup-winning center back played a vital role in Zinedine Zidane’s side.

Due to the financial crunch caused by Covid-19, Los Blancos sold Varane to Manchester United for 50 million euros.

The one-club man Manuel Sanchís Hontiyuelo spent 15 years and 710 games covering the backline for Real Madrid. All in all, he helped the club secure two Champions League titles and eight La Liga trophies.

The Brazilian left-back — albeit one of the best ever — has spent 16 seasons at the Bernabeu, flaunting that exquisite first touch. Marcelo is the club’s most decorated player with 25 trophies, including a record-breaking 5 Champions League titles and a six-time La Liga champion.

The center back Fernando Hierro transferred from Valladolid to Real Madrid for €1.2m in 1989. In his fourteen years with the club, he scored 127 goals and helped Los Blancos to five league titles and three Champions League titles.

With 125 appearances for the Seleção, defender Roberto Carlos helped Brazil win the 2002 World Cup, a Confederations Cup, and a Copa America. The left-back was known for his powerful and bending free-kicks that were known to reach up to 105 mph, most notably the rocket he hit against France in a 1997 friendly match.

Ramos succeeded Iker Casillas as Real Madrid captain in 2015, helping guide Los Blancos to four of the five last Champions League victories. Love him or hate him for the occasional dubious foul, he has been consistent at the top level for 16 years and scored some crucial goals along the way.

He also played a vital role in helping Spain win the World Cup in 2010. Ramos, along with Raphel Varane, left the club in the summer of 2021 due to the financial crunch caused by COVID-19.