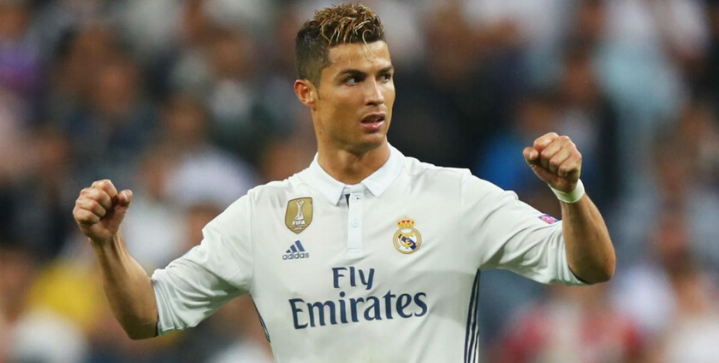 One of the most decorated team’s in world football, Real Madrid has hosted some of the best players the world has ever seen including the likes of Ronaldo (both Cristiano and O Fenômeno), Zidane, and Raul.

Considered one of the greatest Spanish players for all time for his ball control and a knack for goal, Raul broke into the Real Madrid first team as a 17-year-old. The rest is history. He spent 16 years with Los Blancos, scoring 323 goals which rank him fifth on the all-time scoring La Liga list behind Ronaldo and Messi. The 6-time La Liga Champion also starred in 3 Champions League wins and four Spanish Super Cups.

Sergio Ramos succeeded Iker Casillas as Real Madrid captain in 2015, helping guide Los Blancos to four of the five last Champions League victories. Love him or hate him for the occasionally stepping over the line, he has been remarkably consistent at the top level for 14 years, also scoring crucial goals.

Part of the Real Madrid team since the age of 9, the Spanish goalie spent 16 years with the first team where he won three Champions League titles. Known for his acrobatic and quick reflexes, Casillas went on to make 725 appearances with Real Madrid where he loaded up the trophy case with five Spanish League championships, four Spanish Super Cups, two Copa Del Rey’s and two UEFA Super Cups.

The Brazilian defender played 527 times for Los Blancos, making his name as one of the best left-back in history. He also made a name for himself as a free-kick specialist, known for blasting rockets at goal. Carlos finished his Real career winning four domestic league trophies and Champions League three times.

Part of the Galácticos era which saw teammates Zidane, Beckham, and Roberto Carlos join the squad, Ronaldo played 5 years with Los Blancos where he scored over 100 goals. Following his second Ballon d’Or in 2002, he won La Liga with Real where he also finished as top scorer in the league.

Signing from archrival Barcelona in 2000, Luis Figo scored 38 goals in 163 appearances for Real Madrid over his five-year career with the club. Playing alongside Zidane and Ronaldo, he received the Ballon d’Or in 2000, winning a Champions League and two La Ligas.

The heir to compatriot Roberto Carlos, Marcelo has become the club’s most decorated player with 25 trophies in 15 years. Known for his exquisite first touch, the Brazilian left-back is a five-time Champions League winner. He’s the only defender to score and assist in the Champions League Round of 16, quarter final, semi final, and final.

Certainly one of the most popular players at Real Madrid, Beckham was part of the Galactico era that saw Zidane, Ronaldo, and Luis Figo sign with the club. Making 116 appearances, Beckham scored 13 goals in his four seasons with the club, sealing La Liga in his last year.

In a seven-year career at the Bernabeu from 1985 to 1992, the Mexican striker won five consecutive league titles, a Spanish Cup, and the UEFA Cup. A prolific and spectacular goal-scorer, he fired 164 goals in the domestic league, 38 of which in the 1989-90 season.

Benzema has been Madrid’s central figure ever since the departure of Cristiano Ronaldo. In the 2021-22 season alone, he’s bagged 44 goals and 15 assists in 44 appearances, setting a record 59 goal involvements for a French player over a campaign with a Top 5 European club this century.

He sits fourth on the Champions League all-time goalscorers list with 90 strikes. Will this year finally be the year he wins the Ballon d’Or?

Midfield maestro Luka Modric signed to Real Madrid for a £30 transfer fee in 2012. During his tenure, he’s helped the Whites to four Champions League titles, three La Liga crowns, and a Copa Del Rey, while also leading Croatia as runner-ups in the 2018 World Cup. During that same year, the classy midfielder won the 2018 Ballon d’Or, FIFA’s “Best Player” award, and UEFA Men’s Player of the Year Award in 2018.

The 36-year-old is still putting in magical performances for the Whites. He became the first player since Lionel Messi to record a hat-trick of assists in a 2022 La Liga match against Levante.

It’s fair to say that when he retires, he deserves to be up there with Zidane, Xavi, and Andres Iniesta.