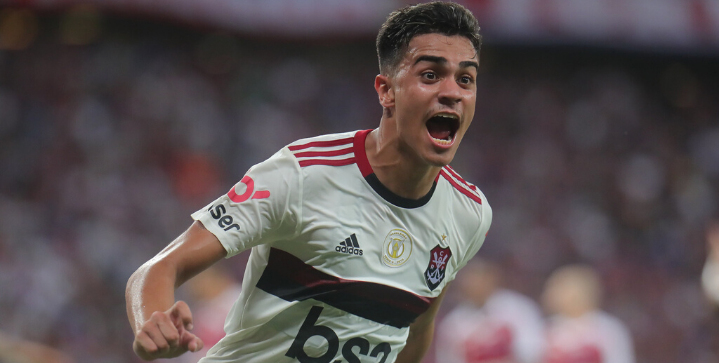 The new attacking midfielder becomes the third Brazilian teenager Los Blancos have acquired in the last three years. Real Madrid signed Vinícius Júnior for €45m in May 2017 and €45m deal for Rodrygo Goes in June 2018.

Real Madrid were able to beat out Barcelona, Atletico Madrid, PSG and Manchester City for the signing of the ‘next Neymar.’ Others have called Reinier the ‘new Kaka.’

The young talent has scored more goals than any other player born in the 21st century in the Brasilerao, notching six goals — he averages a goal every 89 minutes — and two assists in 14 appearances for Flamengo.

Flamengo head coach predicts much success for his former player:

“Physically he’s got extraordinary characteristics. He’s very strong technically and he’s five years ahead of his age on the pitch, he plays as if he were a 22-year-old in terms of emotion and intelligence. Now he has to grow, he’s not Joao Felix, they’re different.

“The Portuguese has more goalscoring characteristics while Reinier is technically gifted and he doesn’t like playing as a striker, he likes having another player alongside him and he’s very strong in the middle of midfielders.”

Reinier becomes the fifth Brazilian on Real Madrid’s current roster. He will have to compete against Isco, James Rodriguez and Brahim Diaz for a first-team spot.