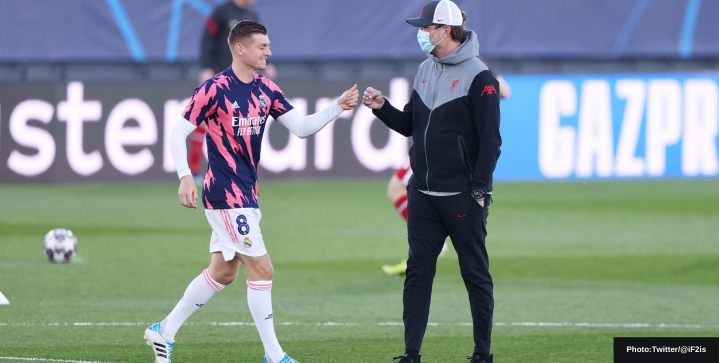 Real Madrid’s presidential candidate Enrique Riquelme has opened up about his selection for manager should he take over for Florentino Perez.

Perez, winner of the club’s last three elections in 2009, 2013, and 2017, announced new presidential elections on Sunday.

“Zidane would not be my coach. The Sports Directorate thinks of another profile with another strategy,” Riquelme told El Partido de COPE.

“I personally like Klopp a lot and Raul is doing very well. It would be to value him…”

Klopp to the Santiago Bernabéu?

Klopp’s Liverpool contract expires in 2024. When asked if he’d regret not ever being able to manage Real Madrid, he responded, “Wow! If at the end of my career I had only three clubs, Mainz, Borussia Dortmund and Liverpool, then that’s not too bad, eh? I would not regret it.”

“You asked if I would regret not managing Real Madrid, that is the question? I don’t think so.

“But when I came off the plane today, I regret already that we don’t live here, because the weather is so much better here!

“We were freezing, I have a gilet with me! You are blessed living here. We do it the hard way [in England]!”

The German coach promised trophies when he arrived at Liverpool and he’s delivered, winning both a Champions League title and Premier League title.

While out of the Premier League title race this season, Klopp’s men are looking to ride the wave of a dominant 3-0 over Arsenal last weekend. But facing Zidane’s side on the European stage side won’t be easy.

Zidane defeated Klopp’s Reds in the 2018 Champions League final to win his third consecutive title. The Frenchman, now in his second term with Los Blancos, expects nothing less than to add to his trophy cabinet.