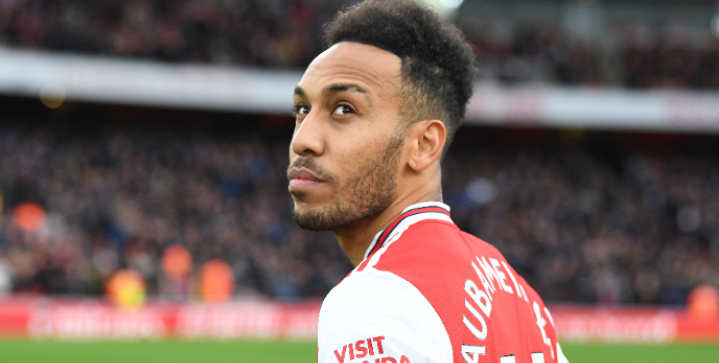 Real Madrid have made an inquiry into the availability of Arsenal striker Pierre-Emerick Aubameyang, according to France Football.

The 30-year-old Gabon international was previously linked with a switchover to the Santiago Bernabeu last winter, with Madrid offering a £70m bid.

“I don’t want to say that Arsenal aren’t ambitious, but Arsenal don’t have ambitions as high as some other clubs as far as Europe is concerned,” said Mounguengui.

”So if Pierre could secure a contract with a more ambitious club, he’d definitely find his place there.

”On an individual level, we all consider him to be among the best players in the world, but the advice I give to him is to continue to work and to attract the attention of the biggest clubs and the most ambitious clubs,” Mounguengui added.

“Aubameyang is a world-class player but for him, or anyone else in Europe who hasn’t won a major honor, football is a collective sport. Right now, he’s at Arsenal and he’s won nothing here. So it’s a collective failing.”

Is Auba too good for Arsenal?

Arsenal signed Aubameyang on the last day of the 2017-2018 season January window for a then club-record fee of £56 million.

The forward has turned into a dependable goal-machine, bagging 61 goals in 97 matches in all competitions. With 22 goals this season, he’s looking to repeat as Golden Boot winner.

The club has remained trophyless during Auba’s tenure, however.

With 14 months left on his Arsenal contract and turning 31 this summer, time for winning trophies and playing Champions League football is running out.

Auba balked on renewing his contract in North London last November. He has previously stated that playing for Real Madrid would be a ’dream come true’ and as a promise to his dying grandfather.

“Before he died two years ago I promised him that one day I would play for Real Madrid,” Aubameyang told L’Equipe in 2016.

“My grandfather was from Avila, not far from Madrid. It’s what I said to him. I know it’s not easy but it’s something I keep in mind.

”I celebrate my goals with a cartwheel in honor of Hugo Sánchez. I’ve seen many videos of him on the internet and I’ve been following him since I was a boy.

”To play for Madrid or for another great club in La Liga would be a nice gift to my mother, Margarita, who is Spanish.”

But given the financial pressure to clubs due to the Coronavirus and with Real Madrid’s aim on Kylian Mbappe, it’s unlikely that Auba will make the move to Spain unless there’s also a player swap involved. Madrid could add Isco or Jovic on top of the deal for Auba from Arsenal.

Should Auba stay at the Emirates, he will hope to follow up on his ambition to become a club legend like Thierry Henry. Arsenal currently sit 9th in the Premier League table, appearing to be moving upward under the guidance of new boss Mikel Arteta.