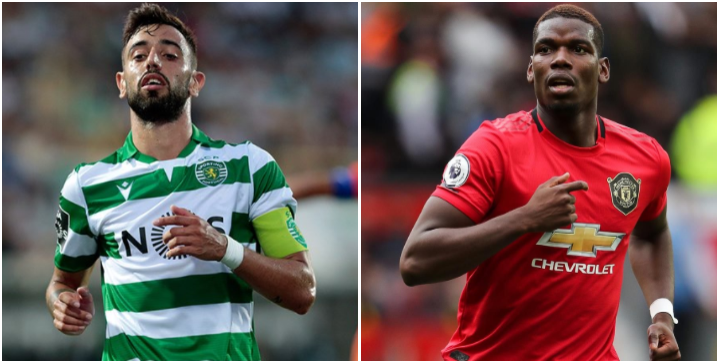 Real Madrid’s hopes of signing Paul Pogba appear to be over with all focus now on Bruno Fernandes from Sporting CP.

The 24-year-old Portuguese midfielder is set to join the Los Blancos for an €80 million transfer fee. The deal should be announced on Monday before the Spanish transfer window closes.

Fernandes has netted twice and provided four assists in his first four games for Sporting this season. He could provide the creative spark Real Madrid are looking for to help solve their early-season woes — Zidane’s side has only gained five points in three games.

Both Tottenham and Manchester United were also linked with Fernandes this summer. According to Squawka, Sporting denied the Spurs offer due to an insufficient valuation. Meanwhile, the United scouts advised Ole Gunnar Solskjær not to pursue Fernandes because he took too many risks in possession.

Consequently, Madrid’s agreement for Fernandes puts an end to Christian Eriksen’s plea for a departure to the Santiago Bernabéu from North London.

Red Devil wantaway Paul Pogba pleaded for an exit from Old Trafford over the offseason when he said he needed “a new challenge.” However, coach Ole Gunnar Solskjær has been reticent to let him go.

Pogba was one of Zinedine Zidane’s primary targets over the summer.

The player has once again become a lightning rod for criticism for United’s disappointing start to the season. On top of receiving racial abuse on social media, vandals painted “Pogba Out” on the team’s sign outside the training ground.

With the Spanish transfer window closing on September 2, Pogba is likely to stay at Old Trafford against his wishes.