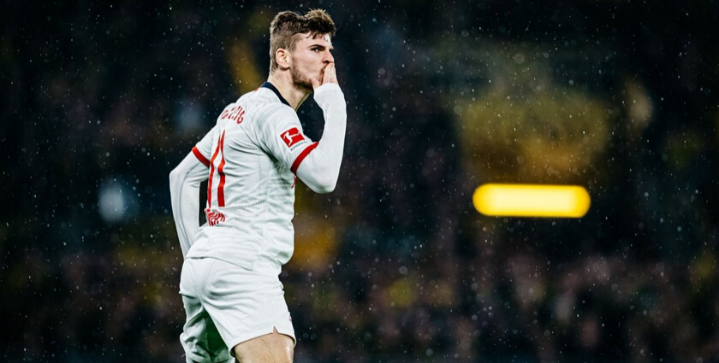 “He is currently being scouted very intensively. As we hear from Spain, it is only a matter of time before Real Madrid contact Werner and also makes an offer,” said Sky reporter Marc Behrenbeck.

Zinedine Zidane has made Werner a priority signing given the shortcomings of both Luka Jovic and Mariano Diaz. Werner’s release clause is worth around €50m.

Werner, a young and proven scorer

Real Madrid are just the latest club to show a strong interest in Werner.

The young striker was linked with Liverpool last year but rejected the approach due to in-form players Salah, Mane, and Firmino, telling the club “There is no space for me to play.”

There is no guarantee that he’d start consistently for Real Madrid next season either. However, a versatile frontman, Werner can play on the wing and could be a long-term replacement for Karim Benzema who’s contract expires in 2021.

Bayern Munich, Barcelona, and Chelsea are also keen on the striker.

Where do you think Timo Werner will play next season? Tell us on Twitter.