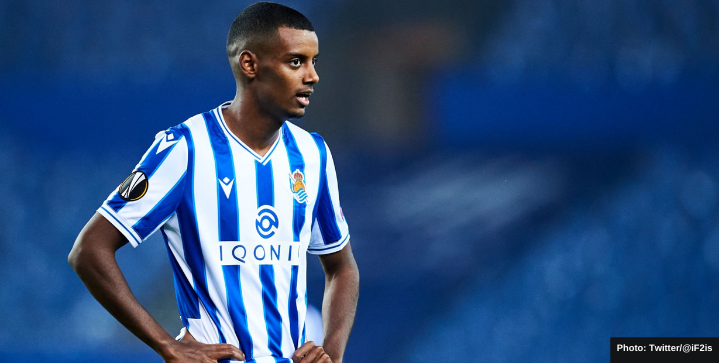 Real Madrid are interested in signing Sweden sensation Alexander Isak, according to AS.

Los Blancos join Arsenal in the quest to snatch the 21-year-old, whom they see as an alternative to Mbappe or Haaland.

But the Gunners are considering paying Real Sociedad’s £60m release clause to avoid entering negotiations. Arsenal are also eyeing Everton’s Dominic Calvert-Lewin as Lacazette’s replacement, the latter of whom would have to be sold first.

Future is bright for him https://t.co/EOgNPonZ7q

Isak has impressed in Euro 2020 group games against Spain, Slovakia, and Poland despite failing to find the net. He’s recorded one assist.

Isak’s 8 successful dribbles rank him top amongst players in the tournament. Frankie De Jong has 13.

Would Isak make a better fit at Real Madrid or Arsenal? Let us know on Facebook.