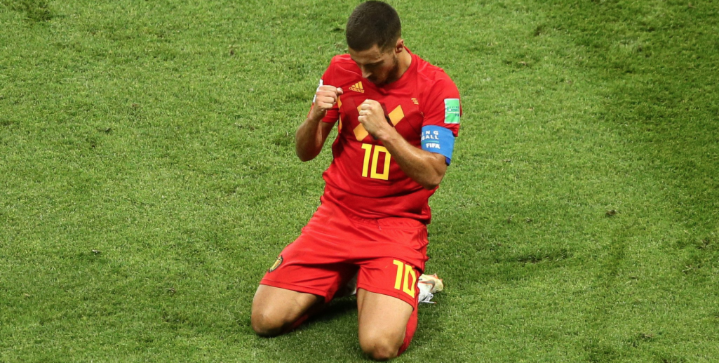 In what could be the signing of the summer, Los Blancos have officially confirmed the long-awaited move of Belgian talisman Eden Hazard to the Santiago Bernabeu for $114m with fees exceeding $165m.

“Leaving Chelsea is the biggest and toughest decision in my career to date,” admitted Hazard in a Facebook post.

Zidane has been a fan of “fantastic” Eden since seeing him shine as a teenager in Ligue 1 nearly a decade ago.

Finishing 19 points behind their Barcelona foes and making an earlier than usual Round of 16 Champions League exit, Zinedine Zidane and company were compelled to spend massively this summer on rebuilding the club.

Real Madrid’s starting lineup for next year is shaping up to form some serious firepower, with the potential Jovic and Benzema partnership up top flanked on the wings by Eden Hazard and Asensio or Vinicius.

Hazard has been on a tear for club and country since the start of the last World Cup, recording 29 goals and 21 assists in 67 games. He also passed Ronaldo this season in Premier League goals.

Time will tell if the best dribbler in the world can take Real Madrid back to the top. Until then, the Madridistas can expect to see some masterclass performances.