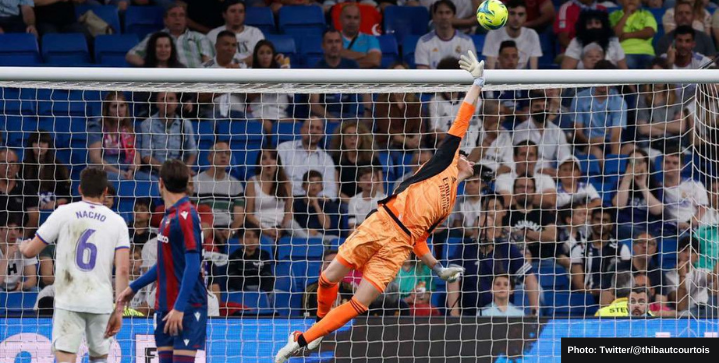 It’s no surprise that one of the most successful clubs in footballing history also has seen some of the best goalkeepers ever. From Ricardo Zamora to Iker Casillas, here are some of Real Madrid’s best shot-stoppers of all time.

It took a couple of seasons for Thibaut Courtois to prove his worth after becoming La Liga’s most expensive goalkeeper (€38m) in 2018.

Now, the two-time La Liga winner with Real Madrid could be on his way to earning his first Champions League trophy.

Courtois has been an impeccable form down the stretch of the 2021/22 season for Los Blancos. For some, he’s the best goalkeeper in the world right now — a sure Yashin Trophy winner — with nods to be in the top ten for this year’s Ballon d’Or. The 30-year-old has the highest percentage of saves in the Champions League this season (78.1%) and the second-most saves per 90 (3.9).

Real Madrid signed the Costa Rican in 2014 for €10 million to fill the gloves of legendary goalkeeper Iker Casillas. Navas made an impressive 162 starts with Los Blancos, winning La Liga and making the exceptional saves that led to three consecutive Champions League triumphs. He won a total of twelve titles with Los Blancos.

UEFA ranked him the best goalkeeper during the 2017-18 season. He’s also earned CONCACAF Player of the year twice in his 106 caps with his national side, Costa Rica.

He won the Ricardo Zamora trophy and Don Balon Award during the 1975-76 season.

The undisputed Real Madrid first-team starter for 11 seasons, Spanish goalkeeper Juanito Alonso won it all for the Whites. He, too won the Zamora trophy for Spain’s best goalkeeper for his efforts during the 1954-55 season.

The legendary goalie Ricardo Zamora protected the net for Español, Barcelona, and Real Madrid, where he helped Los Blancos to their first La Liga title in 1932. He won the domestic title again the following year, followed by back-to-back Spanish Cups in 1935 and 1936, the latter in which Zamora’s shot-stop heroics saw 10-man Madrid hold off Barcelona 2-1.

He also protected the net for Spain on their way to winning the World Cup in 2010.