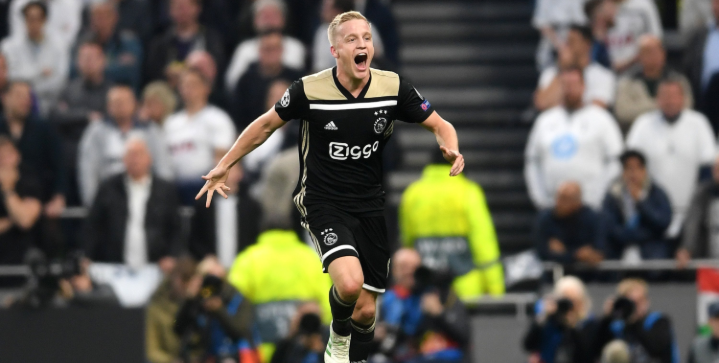 The 22-year-old Dutchman is enjoying a standout season with Ajax, culminating in the game-winning goal against Tottenham in the first leg of Champions League semifinals.

Zinedine Zidane is well-known to have an arsenal of funds to spend on summer transfers. So far, his wishlist includes world-class players like Eden Hazard, Paul Pogba, and Kylian Mbappe.

While van de Beek may not have been one of Zidane’s initial targets, the Spanish daily Marca reports that the starlet’s ”goalscoring exploits are catching the eye of Real Madrid.” In other words, the Netherlands international is a solid plan B if the preferred acquisition Paul Pogba fails to fall through.