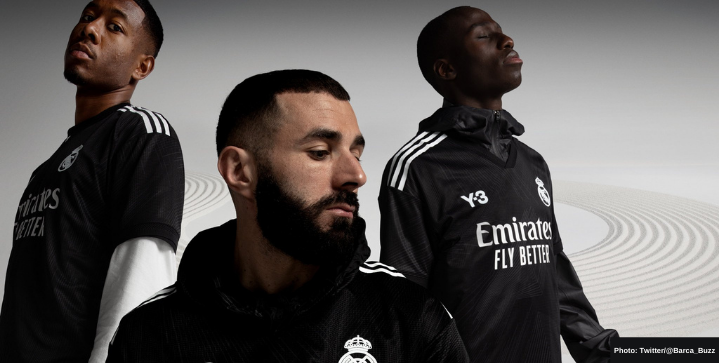 For the first time in the history of El Clasico, neither Real Madrid nor Barcelona will wear their iconic home kits.

Instead, the two Spanish giants will feature special-edition kits. Here is the story behind each club’s jersey to mark the special occasion between the two clubs.

Los Blancos will wear a special black kit to commemorate the club’s 120th anniversary since its founding in 1902.

Meanwhile, Madrid keeper Thibaut Courtois will don the same kit but in pink.

At Laporta’s request, the Blaugrana will play the match in the Senyera kit.

The kit is a surprise request by Laporta, given its “cursed” history. Barcelona originally wore the symbolic yellow and four red stripes, hallmarks of the Senyera (Catalan flag), in 2019. That was when the much-maligned Ernesto Valverde was boss.

Barcelona sit 15 points behind Real Madrid in third place. While a win won’t put Madrid’s La Liga title hopes in jeopardy — they are 10 points above Sevilla — Xavi’s side get their chance to close the gap on second place.