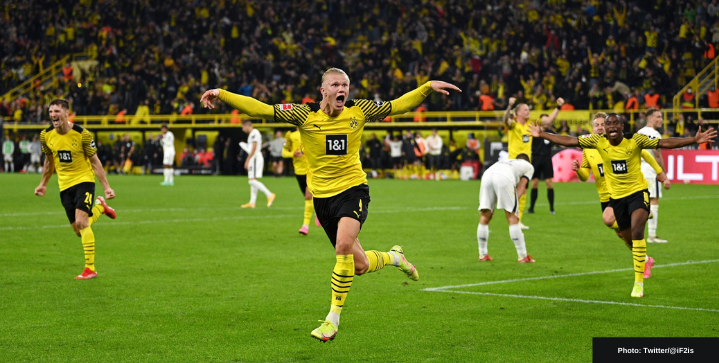 Erling Haaland prefers a big move to La Liga over the Premier League, according to transfer insider Gianluca Di Marzio.

The 21-year-old goal machine, who’s been linked with Manchester United, Man City, Chelsea, and Real Madrid is now rumored with a move to Barcelona.

Barca president Joan Laporta is desperate to sign the Norwegian, whom he sees as the Ronaldinho of his new project. Meanwhile, Real Madrid president Florentino Pérez wants Haaland as a centerpiece as part of the next Galacticos era. Madrid are also keen on signing free agent Kylian Mbappe.

The fact that Haaland doesn’t favor the Premier League ‘too much’ is music to La Liga’s ears. The player demands serving as protagonist wherever he ends up next season.

Haaland ranks third in most league goals scored in Europe’s top five divisions in 2021. The footballing cyborg has struck the net 76 times in 74 games for Borussia Dortmund while also notching 20 assists. He’s involved in one goal every 63 minutes.

Where do you think Haaland will end up next season? Stay tuned for more information on what will undoubtedly mark the transfer saga of the summer.