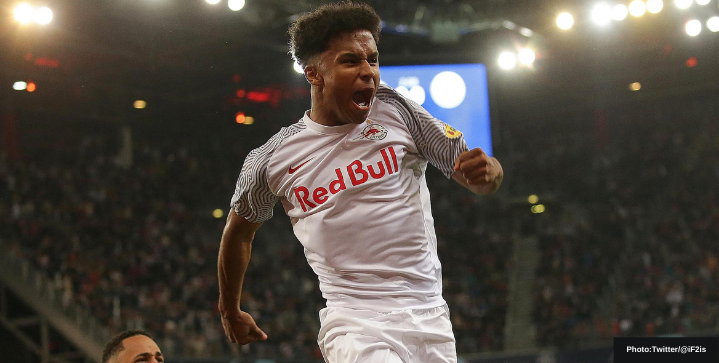 Barcelona are closing in on the signing of RB Salzburg wonderkid striker Karim Adeyemi.

The German is close to agreeing on a deal with the Catalan giants for a move next summer. But competition for the teenager’s signing remains strong amongst Europe’s best clubs, most notably Dortmund and Bayern, reports Fabrizio Romano.

Barcelona still need to trim its roster before making any new signings next season, with calls for a quiet winter.

“Today, there is no possibility of signing in the winter market. But we’re working,” said Barcelona director Alemany.

“We will be able to register Xavi and by January we will see what can be done”.

One for the future

19-year-old Adeyemi is one of the brightest emerging talents in world football.

The young striker could blossom under new head coach Xavi, who’s spearheading a project of youthful stars that also include Gavi, Pedri, and Ansu Fati — all players Barcelona re-signed and applied a €1 billion release clause.

Barcelona believe that they can most likely land their star man for a price between €30m to €40 million-plus add ons next summer.

Adeyemi has taken the Champions League by storm so far this season, scoring three goals and drawing the most penalties with four. He also has recorded an impressive 11 goals in 13 Bundesliga matches this season so far. His pace and slippery flair are quickly becoming a nightmare for defenders.

Barcelona fans — do you think Adeyemi could make an immediate impact at Camp Nou?