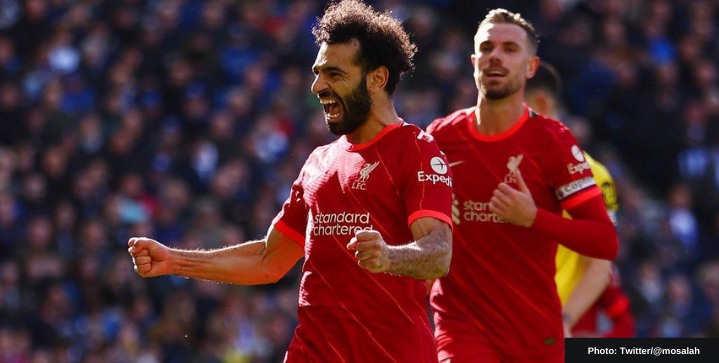 Strength, touch, finishing ability. One of the most successful clubs in world football has also featured some of the most unstoppable strikers. Here’s a list of the top forwards to write their names in Liverpool history.

Ian Rush is Liverpool’s leading goal-scorer with 346 goals in all competitions. The 1984 Footballer of the year helped the Reds win a European championship, three FA Cups, five League Cups, along with five English league titles. Considered one of the best Reds of all-time, the speedy center-forward was also a tireless defender.

Known as a complete forward, Kenny Dalglish scored 172 goals with the Reds as helped them dominate England and Europe in the late 1970s and 80s. The amazing “King Kenny” played thirteen seasons with the club, winning six English league championships, three European Cups, the FA Cup, and three League Cups. He will also forever be remembered for managing the side during the Hillsborough disaster that claimed 96 lives.

Ranked as the sixth top Liverpool scorer of all time, Robbie Fowler took Anfield by storm when he joined the club in 1992. He scored a total of 183 strikes for The Reds, once scoring 30 or more goals in three consecutive seasons. He was awarded the PFA Young Player of the year for the 1995 and 1996 seasons.

Signing to Liverpool on his birthday at the age of seventeen, Michael Owen emerged as one of the greatest English strikers of all-time. He scored 158 goals in 297 appearances with the side, including winning the Ballon d’Or in 2001. He also earned an FA Cup and UEFA Cup title with Liverpool.

Liverpool manager Rafael Benitez signed up the Spanish starlet Fernando Torres from Atletico Madrid for a £20.2 million fee in 2007. The rest is history. He scored 81 goals in 142 appearances for The Reds. He remains the fastest player to 50 goals for the side and still holds the club’s highest goals per ratio with 0.637. The only thing missing for El-Nino was silverware and perhaps, a bad hair day.

Luis Suárez had a slow start to his Premiership career, only netting 11 league goals in his first full season with the Reds. However, the striker emerged as an incredible force up top the following two seasons where he scored a combined 54 league goals. The Uruguayan won the 2013-14 PFA Player of the Year award. However, he got into trouble for his racist taunts against Patrice Evra in 2011 and for his second biting incident against Chelsea’s Ivanovic in a 2012 Premier League match.

Considered one of the best players to wear the Liverpool shirt, the quick-thinking Kevin Keegan made 290 appearances for The Reds and netted 89 times. Winner of three League titles, an FA Cup, a European Cup, and two UEFA Cup he’s also one of the most decorated Liverpool players of all time.

The Liverpool forward Mo Salah arguably enjoyed his best year during the 2017/18 season, setting a team record for most goals in a season (33) while winning all the honors for the best player in the Premiership. He finished third in the 2018 Best FIFA Men’s Player award while helping Liverpool finish Champions League runner-ups in 2018.

He won his third Premier League Golden Boot in 2022, finishing the season with 23 strikes. He tied Liverpool legend Steven Gerrard with the club’s most Premier League goals (120) with a header against Manchester United at Old Trafford during the 2022/23 season. He also became the first Liverpool player to score 10 goals against United, more than other club in his career.

Throwback to Salah’s goal vs Chelsea. Still one of my favourite goals from him of all time. https://t.co/g2tK3268Bn

Liverpool’s No. 10 Sadio Mane has spent six seasons with the Reds, scoring 120 goals and providing 48 assists in 268 appearances. In partnership with Mo Salah, he has made Liverpool one of the best-attacking teams in world football; the two tied for the Golden Boot with 22 strikes apiece during the 2018/19 Premier League campaign.

The Senegalese striker is on a tear this 2021/22 season, winning AFCON, the League Cup, FA Cup, and now what could be his second Champions League title later this month. Liverpool fans hope 30-year-old Mane and 29-year-old Mo Salah will continue their deadly partnership by extending their contracts at the end of the season.

With 56 goals in 165 appearances, the world-class Brazilian forward Roberto Firmino easily makes the list. Now in his fourth season at Anfield and runners-up in last year’s Champions League, he looks to add some silverware to his trophy bin.

The industrious English forward Emile Heskey played four seasons with Liverpool where he bagged 60 goals in 223 appearances. His most significant honors include an FA Cup and a UEFA Cup in 2000.

The Dutch forward contributed 71 goals in his six years at Anfield. He won plaudits from the Liverpool faithful for his hard-work and clutch goals. He played an instrumental role in getting the club back into the 2006/07 Champions League finals where the team lost 2-1 to AC Milan.