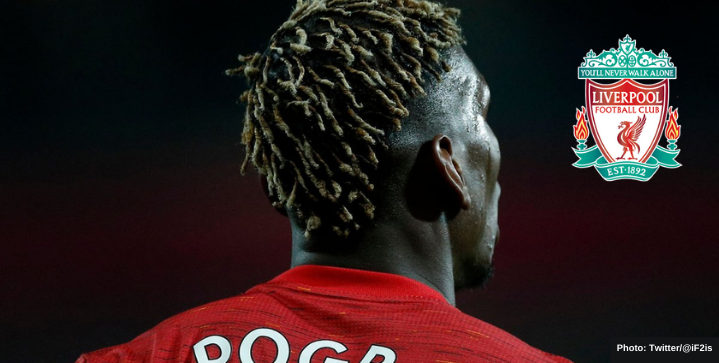 Paul Pogba’s agent Mino Raiola has offered the midfielder to Liverpool this summer, according to French outlet Le10Sport.

The Frenchman snubbed Manchester United’s £350,000-per-week long-term contract extension last week after Raiolo was pushing his client to PSG. PSG are still hoping to nail down the 28-year-old World Cup winner by tempting a £50m offer.

In the meantime, Reds fans are growing excited about the possibility of Pogba linking up with Henderson, Fabinho, and Thiago. They should keep in mind though that Liverpool has already made it known that they will not engage in Pogba negotiations this summer.

Klopp’s side could be interested in doing business in the January window, however.

“What can I say? Paul Pogba is a world-class player. That’s all I can say, and he’s a Man United player so I think we should prepare for him as well,” Klopp said in 2018 when asked if he’d like to see Pogba as a Red one day.

No one doubts Liverpool’s ambition. But the likeliness of this deal happening is slim and if anything, more likely a slick move by Raiola to prod United to increase their proposed wages for their star man.