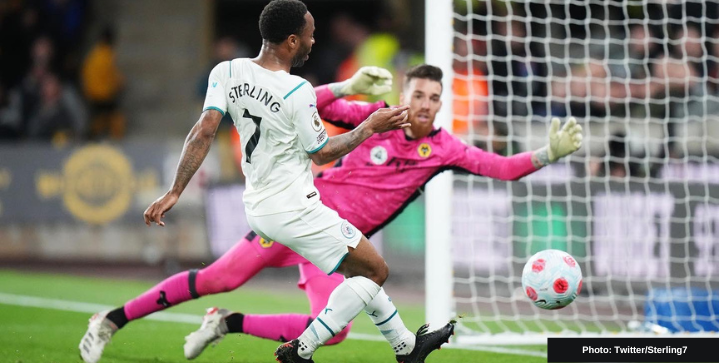 Raheem Sterling said his last goodbye to Manchester City after seven incredible years with the club. The England international signed a contract with Chelsea until 2027, earning him more than €355k per week in salary.

The 27-year-old winger posted a farewell message on social media today, saying, “I arrived in Manchester a 20-year-old, today, I leave as a man.”

Sterling enjoyed a fruitful career with the Cityzens, winning every domestic trophy, including the Premier League four times. The only missing piece was a Champions League trophy.

Sterling thrived under Pep Guardiola, for whom he played more games than any other player in the Spaniard’s managerial career.

The winger finished on the winning side in 154 of his 225 Premier League appearances for Manchester City since signing in 2015-16, the most of any league player during that period.

So how many goals and assists combined will Raheem Sterling get next season?

Let’s say Thomas Tuchel has promised Sterling more playing time and an integral piece in the German’s 4-3-3 set-up. We suspect Sterling is ready to compete for the Ballon D’Or as a Blue.