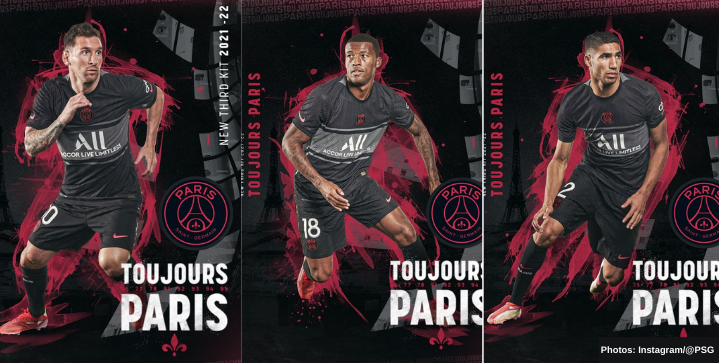 The new kit, designed by Nike, celebrates the club’s all-star squad with a gray Hechter Stripe across the chest. The club drew criticism for removing the iconic vertical red stripe from its home Jordan Brand shirt this season.

Messi, Mbappe, Neymar, Hakimi, Ramos, and co will don the black and grey colorway for this Wednesday’s Champions League match against Club Brugge.

The third kit also showcases two swooshes across each of the arms, one to celebrate the city of Paris and the other Paname, another word for PARIS used by the club’s fans.

The PSG crest features prominently in red in contrast to the dark-themed shirt.

What do we think of PSG’s newly unveiled third kit? Let us know on Facebook.

Why Paul Pogba may be staying at Manchester United, after all