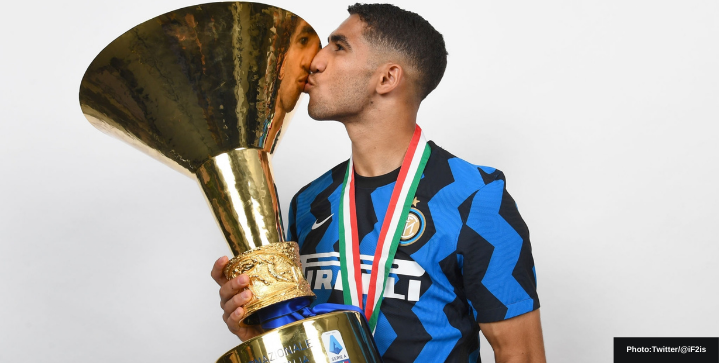 The transfer competition over Achraf Hakimi is heating up, as PSG and Chelsea go toe-to-toe over the Inter Milan player.

Chelsea have proposed various swap deals to land one of Tuchel’s primary summer targets. According to Corriere dello Sport, the Blues have offered €50m plus Emerson Palmieri for the talented Moroccan.

Chelsea, who are also linked with a huge bid for Erling Haaland, will most likely table their interests in Hakimi.

PSG closing in, Chelsea too late of push

PSG have a leg-up in the race to sign Hakimi. According to reports, the 22-year-old wing-back prefers a move to Parc des Princes. And personal terms were agreed upon last month.

PSG offered Inter Milan €60M for the Moroccan in the initial negotiating stages. However, the Serie A side is looking for an improved bid of around €70m to finalize the deal, according to Fabrizio Romano.

All could be for naught though as PSG boss Mauricio Pochettino may prefer to reunite with Tottenham defender Serge Aurier. The French right-back is linked to PSG on a €20m move.