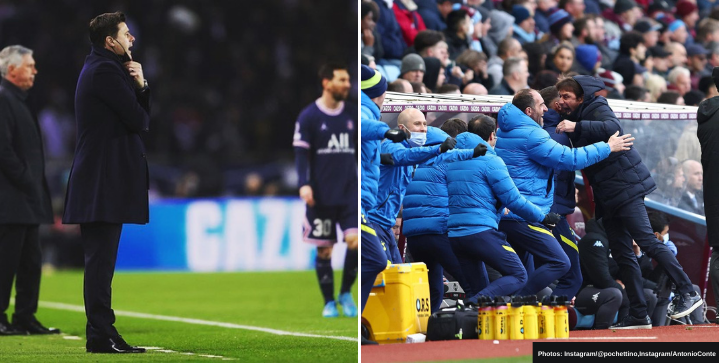 According to Le Parisien, Paris Saint-German is planning to remove Mauricio Pochettino as coach.

The 50-year-old Argentine just guided the club to its record-tying 10th league title with a draw against Lens yesterday, building a 16-point lead over second-placed Marseille.

But PSG’s loss to Real Madrid in the Champions League round of 16 defeat sealed the deal for Pochettino’s tenure in Paris. He’d led the Parisians to the semi-finals the previous season.

Pochettino expects to earn €15 million for his departure with rumors indicating a return to North London.

It was clear at the end of last season that Pochettino wasn’t entirely comfortable in Paris. The Argentine even met with Spurs chairman Daniel Levy just 6-months after signing an 18-month contract with PSG.

Last November, rumors of Pochettino’s exit swirled again when he was linked with the heading coaching role at Manchester United to replace the sacked Ole Gunnar Solksjaer. Having missed his chance to return to Tottenham, Pochettino was itching for a return to the Premier League.

It’s no coincidence that PSG recently grew interested in bringing serial-winner Conte to PSG, with Pochettino set to go the other way. However, there haven’t been direct talks with Conte and PSG just yet according to reports, with Conte hoping to finish the season with Spurs before making a final decision.

“Don’t like when people try to invent news, only to create problems. They have to show respect – don’t invent fake news, lies. I’m happy if people appreciate my work – but I see a lot of fake news starts now,” Conte told Football London.

Should Tottenham snag the Champions League spot, Conte’s decision to stay may also depend on the club’s summer signings. The Italian previously expressed his frustration with the club’s lack of transfers.

Should Conte stay in London, PSG could also fulfill its potentially vacant coaching job with Zinedine Zidane, who has yet to rule out coaching the club.

Would a potential swap between Conte and Pochettino be best for both coaches, and clubs?