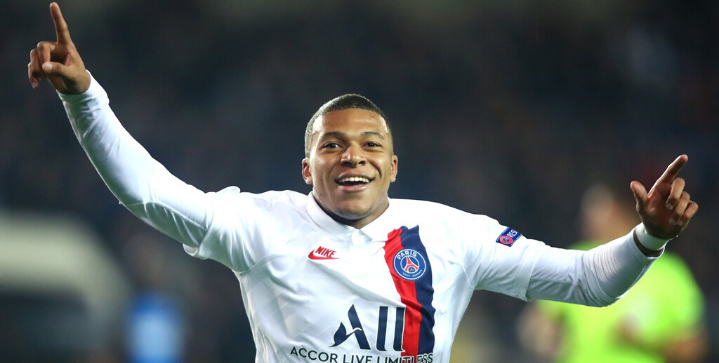 Paris Saint-Germain are prepared to make 20-year-old Kylian Mbappe a massive offer to fend off interest from Real Madrid.

According to Spanish outlet AS, PSG will offer Mbappe 40 million euros a year next season to convince the Frenchman to stay.

Second to Lionel Messi last year in the race for the Golden Boot with 33 goals, the French starlet has already set a slew of records this season.

Zidane: “I know Mbappe’s dream is to play for Real Madrid”

After telling Monaco’s former vice-president Vadim Vasilyev in 2017 that “Real Madrid will wait for me,” upon his transfer to PSG, Mbappe is clearly ready for the next step.

He expressed interest in exiting PSG last summer in the quest “for greater responsibility.” Having won the World Cup at 18, the 5 foot 10 forward dreams of winning Champions League and the Ballon d’Or next.

Despite all his success at PSG, Mbappe still thinks the Parisian club is holding back silverware and thereby his individual progress.

Said Brazilian legend Rivaldo: “With all due respect to PSG, I believe Mbappe must leave for a Spanish or big English team in the future to confirm himself as the heir to Messi or Ronaldo. The best players need to play in the best leagues.”

Meanwhile, Real Madrid boss Zinedine Zidane would be “happy to coach” his compatriot at the Santiago Bernabeu next season.

“At the moment he plays for Paris Saint-Germain, we’ll see in the future if that changes. I know he always said his dream is to play for Real Madrid,” said Zidane in yesterday’s news conference ahead of Madrid’s Champions League clash with Galatasaray.

Can PSG convince Mbappe to stick around or will Zidane and Madrid’s president Florentino Perez’s 300 million euros offer seal the deal?

PSG play Madrid on November 26 in Matchday 5 of the Champions League group stages.