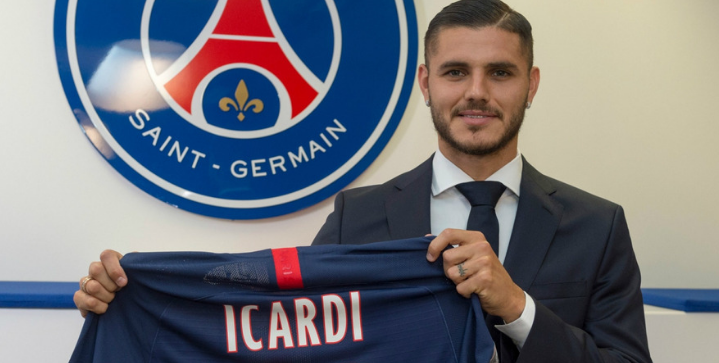 Argentine striker Mauro Icardi has completed a loan with an option to buy agreement with Paris Saint-Germain on deadline day.

“I am going to give my heart and soul to help my new team go as far as possible in all the competitions,” said Icardi. “PSG has become a stronghold in world football….I thank PSG for their confidence in me.”

The 26-year-old played the villain at Milan, much-maligned for his tenuous relationship with the team’s avid fanbase, the Ultras. His performance on the field, however, made him one of the most feared strikers in Serie A.

He scored 124 goals in 219 appearances for the club and helped lead Inter to its first appearance in the Champions League in six years.

But Inter CEO Belle Marotta and newly appointed coach Antonio Conte had other plans for the upcoming season. Inter signed Romelu Lukaku in early August and gave him the #9 shirt, sending Icardi a clear message to find another project.

Furthermore, PSG have to be one of the winners of the summer transfer window. They’ve managed to keep Neymar, sign a reliable goalkeeper in Keylor Navas, and land a poacher in Icardi that gives PSG some of the deadliest attackers in world football including Mbappe, Neymar, and Edinson Cavani.