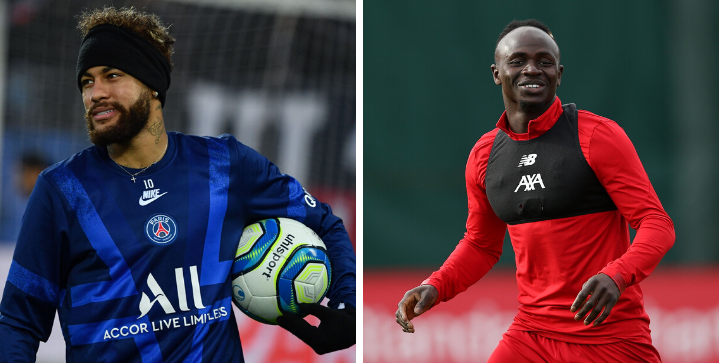 According to France Football, PSG are lining up a bid for Liverpool winger Sadio Mane should Neymar exit the club this summer.

The 27-year-old Senegalese just finished 4th in the 2019 Ballon d’Or after a glorious season with the Reds. He was also named as PFA Team of the Year along with co-winning the Golden Boot with 22 goals.

Meanwhile, the much-maligned Neymar is still a lightning rod in Paris for his attempts to leave the club last summer. PSG President Nasser Al-Khelaifi refused to let Neymar go for nothing less than €300m in cash, leaving Neymar furious over the club’s unwillingness to negotiate.

Mane is enjoying another standout season this year, ratcheting up 9 goals and 4 assists in the Premier League. Liverpool remain undefeated through 16 games and sit atop the league.

Perhaps the only reason the Reds would even consider letting their main man(e) go is to snatch emerging star Jadon Sancho.

Reports indicate that Liverpool are favorites to sign the Englishman, with a bid of around £100 million.

Meanwhile, PSG would do well to land Mane who is in many ways, the anti-Neymar. The former Southampton star winger avoids the spotlight and puts all his energy on both ends of the pitch, including his goodwill efforts.

Would Liverpool be wise to cash in on Sadio Mane? Let us know on Twitter.