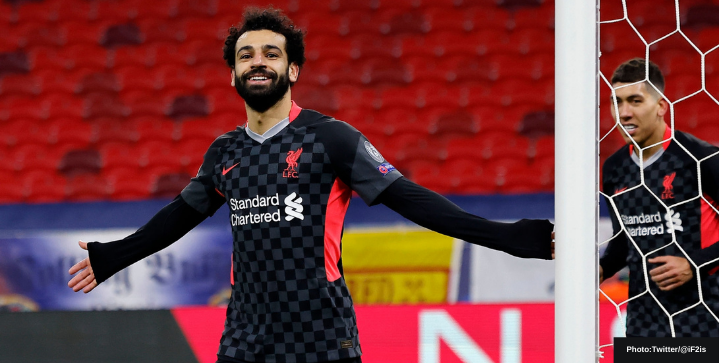 PSG have lined up Mo Salah as Mbappe’s replacement should the Frenchman decide to leave this summer.

The Parisians are in ‘official talks’ with Salah’s representatives, with the club planning to launch a bid in the next coming weeks, according to L’Equipe.

The 28-year-old Liverpool ace still has two years left on his contract. But reports suggest that he’d be ready to leave for the French capital should the opportunity come his way. PSG boss Mauricio Pochettino is also a big fan of the forward.

Pochettino also his eyes set on reuniting with Tottenham wantaway Harry Kane. Yesterday the Englishman told Spurs that he wished to leave the club.

The Egyptian King has been an unbelievable signing for the Reds. Salah has scored 119 goals and notched 45 assists in 192 games, making a contribution every 96.2 minutes for Liverpool.

So why would Salah leave Anfield?

“Liverpool wouldn’t let Salah go to anyone else in this country. And would you want to play for PSG instead of Liverpool? I would be very surprised if he did in the French league. I think Salah is here to stay,” said former Reds legend Jamie Carragher.

"Liverpool wouldn't let Salah go to anyone else in this country. And would you want to play for PSG instead of Liverpool? I would be very surprised if he did in the French league. I think Salah is here to stay." #awlfc [robbie fowler podcast] pic.twitter.com/PR1KFaubx4

Could Mbappe go the other way?

There’s a real possibility that Mbappe could be headed the other way, to Liverpool.

While the striker’s been tipped to join Real Madrid next season, Liverpool remain highly interested in signing the Frenchman.

PSG have placed a €120 – €150 million transfer fee on their star man. But selling Salah, currently valued at €121 million according to Transfermarkt, should be enough for Liverpool to offset the price.

Which team would be getting the better deal should the trade happen, Liverpool or PSG?