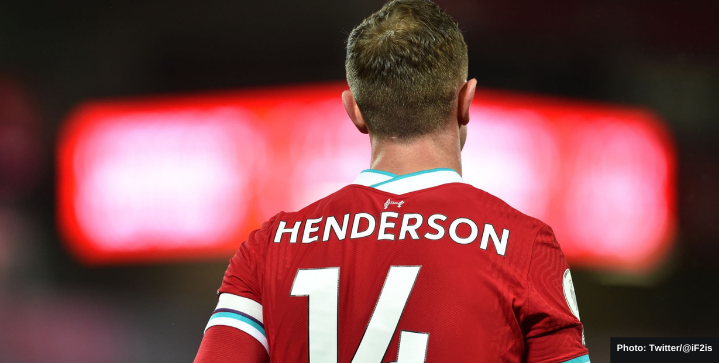 Talks to extend Jordan Henderson’s Liverpool contract appear to be at a standstill. With no sign of progress in negotiations, the 31-year-old Reds captain may look elsewhere to see out the rest of his career.

There are reports circulating that both Paris Saint-Germain and Atletico Madrid are interested in the English midfielder.

PSG coach Mauricio Pochettino and Atletico boss Diego Simeone are both fans of Henderson, who captained Liverpool to the 2018/19 Champions League title and 2019/20 Premier League title.

Henderson’s demands in negotiations are clear cut, with the player demanding that the club prove that they want him to stay or else. The player is contracted until 2023.

However, the Reds are being careful to avoid another Gini Wijnadum situation. The Dutchman left Anfield for PSG as a free agent this summer.

While Henderson is injury-prone and will be 34 at the end of his current deal at Anfield, the fans and players love him.

The Liverpool faithful see their captain as the heartbeat of the squad. For many, he’s irreplaceable. After all, he’s featured in 70.5% of all Liverpool games since the 2016/17 season.

Does it make sense for Liverpool to let Jordan Henderson leave before his contract is up? Let us know on Facebook.