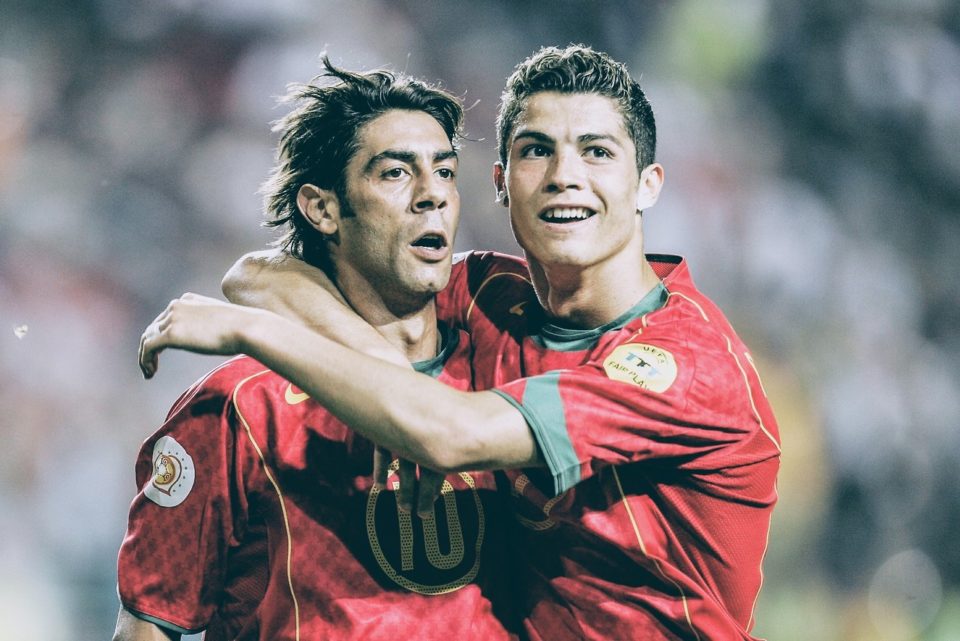 Portugal may not have ever won the World Cup but between Cristiano Ronaldo and Eusébio, they’ve certainly introduced some of the best footballers out into the world.

Often regarded as the best footballer ever, Eusébio scored nine goals in the 1966 World Cup and advanced Portugal to 3rd place, the country’s best result in the tournament. At the club level, Eusébio scored an incredible 473 goals in 400 matches. The King will always be the King.

With infectious passion and lethal skill, Ronaldo is one of the greatest footballers ever to play the game. He’s also the most decorated, with 26 trophies including five Champions League titles and five Ballon d’Or awards. And while the World Cup trophy eludes him, he led his team as captain to Portugal’s first-ever major trophy in UEFA Euro 2016. He also leads Portugal with 154 caps and 85 goals.

With 89 caps, the center back Ricardo Carvalho was a mean but intelligent tackler. Even at the age of 38, he helped the Portugal side defeat France in the 2016 Euros. A two-time World Cup participant, Carvalho also won a slew of trophies including a Champions League at Porto plus 3 Premierships and a La Liga.

Born in Brazil but naturalized in 2007, Pepe opted to play for the Portugal side where he’s earned 101 caps to date. A participant in three World Cups, the center back won man of the match for helping his side win its first major international trophy with a European Championship in 2016.

The former holder of Portugal’s most caps (127), only to be surpassed by Ronaldo, Luis Figo is often considered one the best footballers of his generation. His international career two World Cups, including a 4th place finish in 2006, and participation in three European Championships. The 2000 Ballon d’Or winner also enjoyed a remarkable club career for club sides including Barcelona, Real Madrid, and Inter Milan.

Regarded as one of the best of his generation, Rui Costa won plaudits for his excellent dribbling and pinpoint passing. Rui Costa earned 94 caps for Portugal and scoring a total of 26 goals, playing with A Selecção in three European Championships and one World Cup.

A talented all-around midfielder, Deco played 75 games for the national side and scored 5 goals. Winner of Champions League with Porto and Barcelona, Deco also won the Midfielder Award at both clubs.

A world-class goalkeeper, Vitor Baia enjoyed a 27 trophy haul with Porto, culminating with the Champions League win in 2004. Despite playing in 80 games with the Portugal side, including Euro 1996 and 2000, he was strangely left off the 2004 squad despite his excellent form at Porto.

With 79 caps and 29 goals, the striker Nuno Gomes helped guide Portugal in two World Cups and three Euros, with a third-place result in Euro 2000 and a second-place finish at Euro 2014. He scored the vital goal that lifted Portugal over Spain to the quarterfinals.

Playing an important role in three European Championships, forward Ricardo Quaresma was rewarded for his loyalty to the national side with a victory in Euro 2016. Known as a budding star with a younger Cristiano Ronaldo at Sporting Lisbon before both went their separate ways, Quaresma’s club career has been one of ups and downs.

Representing his country in two World Cups and two European Championships, Pauleta earned 88 caps and scored 47 goals. He was also a goal-scoring machine at French clubs Bordeaux and Paris St. Germain where he scored a combined 141 goals and won 2 French Leagues.