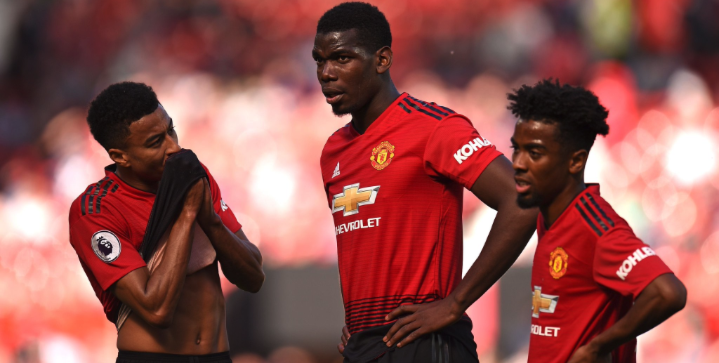 The Manchester United midfielder has been at odds with the team ever since the departure of Jose Mourinho in the middle of last season. Despite earning PFA Team of the Year honors and accolades in the dressing room, his insouciant behavior on the pitch seems to have continued under new coach Ole Gunnar Solskjaer.

Will he get his move? ???? pic.twitter.com/wVVBomfAAa

“I am thinking of this: To have a new challenge somewhere else,” said the French star.

“For me, I have been for three years in Manchester and have been doing great; some good moments and some bad moments, like everybody. Like everywhere else.

“After this season and everything that happened this season, with my season being my best season as well… I think for me it could be a good time to have a new challenge.”

Manchester United signed Pogba for a record transfer fee of £89.3m back in 2016, convincing him that a homecoming was part of his calling. Even then, the player felt conflicted over the move — in his heart, he wanted Real Madrid.

Now that the Red Devils have finished 6th in three of Pogba’s seasons with the club, the 26-year-old wants out with two years left on his contract.

The World Cup winner remains linked to both Real Madrid and Juventus, the latter where he spent four trophy-laden years in the black and white stripes.

Manchester United and Solskjaer still see Paul Pogba as part of the club’s rebuilding efforts. The proposed swap for Gareth Bale plus cash from Zidane’s side for Pogba is now deemed unfavorable for both teams.

According to Goal, Solskjaer wants a roster of younger players to build around while Real Madrid need to offload some of their squad before they can spend again. Real Madrid have already signed six new players this summer, tallying up to more than $380 million.

If Pogba is indeed priority number one for Zidane, then that also means an interest in Neymar and Christian Eriksen takes a back seat.

The Pogba saga needs more time to evolve. Until then, the summer’s longest transfer saga continues.