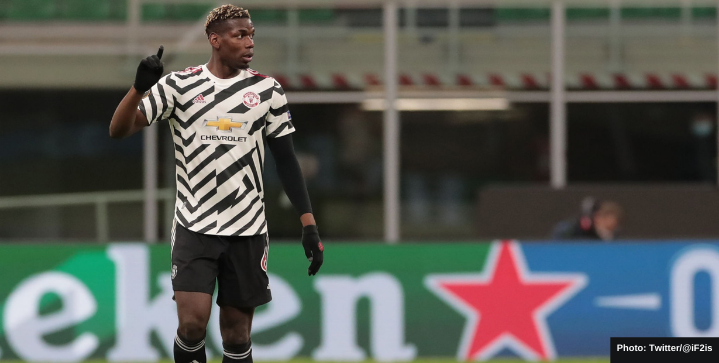 PSG are interested in signing Manchester United’s Paul Pogba this summer, according to MARCA and Sky Sports.

The French midfielder’s contract at Old Trafford expires at the end of next season. Pogba re-signed for Man United in a world-record £89m transfer in 2016. It appeared that the Frenchman was ready to stay a Red Devil for the remainder of his peak years, until now.

PSG are working on submitting a £50m formal offer while Pogba has already rejected a £350,000-per-week long-term contract extension with the Red Devils. United will go back to Pogba’s representatives for further discussions.

It looks like Pogba and his agent, Mino Raiola, are trying to force a move to PSG at this juncture. However, there are two things to keep in mind.

One, Pogba could be using PSG as a “hot ticket” to force United to revise and increase the player’s salary offer. And two, it’s still understood that the Parisiens will have to sell some players before doing business for the £50m-valued France international.

In other words, the Pogba saga is most likely to go on until the end of the summer transfer window at the end of August.

United have already signed English starlet Jadon Sancho this summer and are in the midst of finalizing a deal for Pogba’s international teammate Raphael Varane.

PSG are no stranger to summer acquisitions, having locked in superstars Sergio Ramos, Achraf Hakimi, Georginio Wijnaldum, and Gianluigi Donnarumma. Neymar also signed a contract extension last May. While Mbappe’s future at PSG beyond this season remains in doubt, should PSG land Pogba, it’s their Champions League to lose.