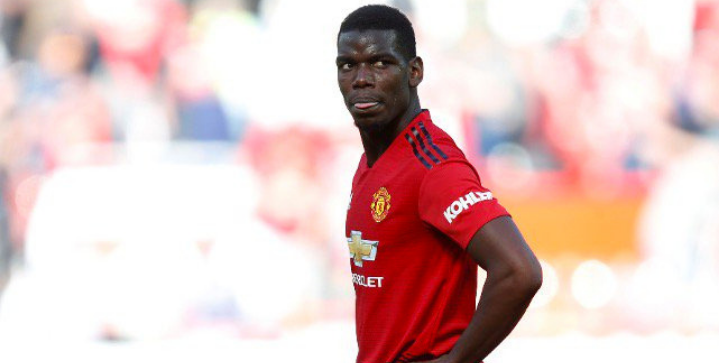 Paul Pogba remains determined to find a way out of Manchester United. The France international declared his intention to leave the club while on tour in Japan last month.

“Everyone knows the willingness of Paul to move on. We are in the process of that. Everyone knows what the feelings of Paul are,” said Pogba’s agent Mino Raiola.

“Everyone within the club, from the manager to the owner, knows Paul’s wishes.”

Real Madrid is the French star’s ideal destination, with his old team Juventus interested in his signature as well. Madrid have already spent $380 million on bringing in six new players this summer including Eden Hazard for $114 million. Juve have continued to hedge the market with the free transfers of Aaron Ramsey and Adrien Rabiot this year.

The 26-year-old Pogba served as a lightning rod of criticism for the Red Devils side who finished in 6th in the EPL last season.

Firing Jose Mourinho and appointing Ole Gunnar Solskjaer intended to freshen up the squad and Pogba’s attitude but the team and the midfield maestro never truly rebounded. Nevertheless, Pogba still finished the season as the only non-Man City nor Liverpool player to make the Professional Footballers’ Association Team of the Year for 2018-19.

Raiola did not guarantee Poga would make Manchester United’s pre-season tour in Australia, saying “I cannot tell you anything. I live day by day.” Pogba appears to be in New York, doing various promotional stints with Adidas potentially in an endeavor to buy more time — the Spanish transfer deadline ends September 2, the Italian August 23.

Keep your eyes right here or on Instagram for further updates.